Bryan Keith "Dexter" Holland, Ph.D (born December 29, 1965) is an American musician who is best known as the lead vocalist, rhythm guitarist, and primary songwriter of the American rock band The Offspring. In 2017 he attained a PhD in molecular biology.

Holland attended Pacifica High School in Garden Grove, California, where he graduated as class valedictorian in 1984. During high school, Holland was the best student in mathematics in his year, and he found it "just as exciting as punk rock." He then attended the University of Southern California, where he earned a B.S. degree in biology and an M.S. degree in molecular biology, and was a candidate for a Ph.D. in molecular biology. However, after the success of The Offspring, he suspended his candidature to focus on music. In an interview in 1995, Holland had said when he turns 40, he would rather be a professor at a university than play music.

Holland was a doctoral student at the Laboratory of Viral Oncology and Proteomics Research, Keck School of Medicine, where he was supervised by Professor Suraiya Rasheed. In March 2013, Holland and co-authors published a paper in PLoS One regarding microRNA in HIV genomes, titled "Identification of Human MicroRNA-Like Sequences Embedded within the Protein-Encoding Genes of the Human Immunodeficiency Virus". The original academic paper describes the use of computational molecular biological (in silico) approaches to identify microRNA-like sequences in HIV. These sequences are suggested to have evolved to self-regulate survival of the virus in the host by evading its immune responses and thus influence the persistence, replication, and pathogenicity of HIV. Holland was awarded his Ph.D. degree in molecular biology during the USC Commencement on May 12, 2017.

Holland's early influences include Aerosmith, The Beatles, the Sex Pistols, the Ramones, KISS, Bob Marley, Queen, and The Rolling Stones. After he met friend and cross-country teammate Greg K., they started a local punk band called Manic Subsidal in 1984, where he played the drums. It formed after the duo failed to get into a Social Distortion concert. After Jim Benton was hired as their drummer, Holland switched to both vocals and guitars. They never released any albums, but some demos have existed online.

After some line-up changes, including the addition of Noodles on guitar, Manic Subsidal changed their name to The Offspring in 1985. After recording a demo in 1988, The Offspring signed a deal with a small-time label, Nemesis Records, for whom they recorded their first full-length album, The Offspring, in March 1989. This album would eventually be re-issued on November 21, 1995 by Holland's own record label, Nitro Records.

In 1991, The Offspring signed with Epitaph Records (home of Bad Religion, L7, NOFX, Pennywise and other similar bands). Their first release on the label was Ignition, which was released in 1992. Their last album for that label was 1994's Smash, which still holds the world record for most sales of an album on an independent label. The band then signed with Columbia Records in 1996 (although Dexter claims that Brett Gurewitz, owner of Epitaph and guitarist for Bad Religion, sold the contract to Columbia) for whom they released their next six albums, Ixnay on the Hombre (1997), Americana (1998), Conspiracy of One (2000), Splinter (2003), Rise and Fall, Rage and Grace (2008), and their most recent, Days Go By (2012). Holland is one of the three members (along with Noodles and Greg K.) to appear on all of The Offspring's albums, and as of Greg K.'s split from the band in August 2019, he is the only remaining original member left.

Dexter Holland sometimes plays the piano during live shows. Occasionally the band plays "Gone Away", with only Dexter playing the song on piano. Holland sings in the tenor range.

Holland has his own brand of hot sauce named Gringo Bandito and featuring Holland with bandoliers, revolvers, a sombrero and shades—as a possible homage to the logo for Tapatío hot sauce or Pancho Villa.

Gringo Bandito was launched in 2004, after Holland, who grew up in Southern California where Mexican cuisine is considered a "part of the way of life", wondered "if [he] could do [a hot sauce] better".

On the conception of the hot sauce, Holland states that in the early 2000s, while eating Mexican food, he began to read the label of a bottle of Tapatío; "It just clicked that I had to make one," he says. "People who like hot sauce are a certain type of people. They're passionate. They'll have a bottle with them wherever they go. I'm one of those people. And when I'm into something, I really get into it. It's like my music—I liked records, so I learned how to play a guitar. After that? A band".

It has sold over a million bottles and is available in over 500 restaurants and 7,000 stores, including being a top-ranked hot sauce on Amazon.

The headquarters for Gringo Bandito are located in a Huntington Beach industrial park, next to The Offspring's recording studio..

He is also the co founder of the record label Nitro Records which he operated from 1994 to 2013.

Holland participated in the 2006 and 2008 Los Angeles Marathon; his charity of choice was the Innocence Project, a non-profit legal clinic that handles legal cases where post-conviction DNA testing of evidence can yield conclusive proof of innocence.

Holland was married to hairstylist Kristine Luna. She co-wrote the song "Session" from the Ignition album and also appears in the Offspring music video "I Choose." Holland and Luna met in 1992, married in 1995, and divorced in 2012. He married Amber Sasse in 2013. Holland and Sasse have two kids, named Layla and Zooey.

Holland has a daughter, Alexa Holland, from a previous relationship. She goes by the stage name Lex Land and is a singer-songwriter.

Holland is a licensed pilot. In November of 2004, Holland completed a 10 day solo flight around the world.

Holland is also an avid collector of stamps from the Isle of Man. Other hobbies include surfing, as seen in the "Da Hui" music video.

All of Holland's Ibanez RG body guitars are made out of mahogany and fitted with DiMarzio Super Distortion bridge pickups. During their latest recordings, Holland used a vintage Gibson SG Junior. He plays through a Mesa boogie Dual Rectifier.

Holland appears on all nine of The Offspring's studio albums. For a comprehensive list, see The Offspring discography.

Dexter also made a cameo appearances in:

The contents of this page are sourced from Wikipedia article on 20 Feb 2020. The contents are available under the CC BY-SA 4.0 license.
View Dexter Holland 's image gallery
Image Gallery 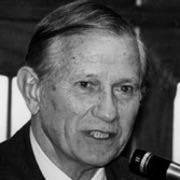