Devin Sweetney (born October 23, 1987) is an American professional basketball player for betFirst Liège Basket of the Euromillions Basketball League (BLB). He played college basketball for Saint Francis University and won the NBL Canada Most Valuable Player Award in 2013 after leading the National Basketball League of Canada (NBL) in scoring with the Moncton Miracles.

Sweetney was born on October 23, 1987 in Washington, D.C.. He attended Riverdale Baptist School in Upper Marlboro, Maryland. He was high school basketball teammates with Michael Beasley and Nolan Smith, who would both reach the National Basketball Association (NBA). Sweetney was a co-captain for Riverdale Baptist, and his team won the Falconers Summer Basketball League in July 2004. In early December 2004, he was sidelined from the Lone Star Invitational in San Antonio, Texas, but Riverdale Baptist was still able to win the event. On December 14, he scored 15 points as his team defeated Paul VI Catholic High School in a non-league contest. He added 12 points and 11 rebounds vs. Suitland High School on January 14, 2005.

Sweetney played four years of college basketball for the Saint Francis Red Flash. His arrival on the basketball team was highly anticipated, but he chose to redshirt the 2005–06 season.

He averaged 16.9 points per game during his senior year in 2009–10. Sweetney left college with 1,529 points, seventh most in school history.

After spending the 2010 pre-season with the Tulsa 66ers, Sweetney joined the Icelandic team Hamar in January 2011. He later joined Barons Kvartāls of Latvia in March for the rest of the season.

Sweetney sat out the 2011–12 season, only to return in 2012–13 and claim NBL Canada Most Valuable Player honors playing for the Moncton Miracles.

In July 2013, Sweetney signed with Lugano Tigers of the Swiss League and went on to help the team win the 2013–14 championship.

Sweetney returned to Switzerland to begin the 2014–15 season, playing four games for Union Neuchâtel Basket before leaving the club and joining BBC Monthey in January 2015. He played a further 16 games for Monthey before joining Huracanes del Atlántico of the Dominican Republic in June 2015.

On September 28, 2015, Sweetney signed with the Denver Nuggets. However, he was later waived by the Nuggets on October 24 after appearing in four preseason games. On November 29, he signed with Halcones Rojos Veracruz of the Mexican League. He averaged 17.6 points, 5.5 rebounds and 2.5 assists with Veracruz.

On February 25, 2016, Sweetney signed with Proximus Spirou of the Belgian League.

Sweetney competes for Team City of Gods in The Basketball Tournament. He was a guard on the 2015 team who made it to the semifinals, losing to Overseas Elite 84-71. 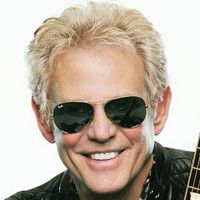