Desmond Tremaine Mason (born October 11, 1977) is a retired American professional basketball player. He was designated as a shooting guard and small forward. Mason has also found success as an artist, working in a variety of media. Currently, he is an NBA Analyst and Sports radio co-host for The Franchise, a sports talk station in Oklahoma City.

Desmond Mason was drafted out of Oklahoma State University by the Seattle SuperSonics with the 17th pick of the 2000 NBA draft. In 2001, he became the first Seattle player in franchise history to win the NBA Slam Dunk Contest. He also finished second place in the 2003 contest behind Jason Richardson. In 2003, he and Gary Payton were traded to the Milwaukee Bucks in exchange for Ray Allen and Ronald "Flip" Murray. On October 26, 2005, he was traded along with a 2006 first-round draft pick to the New Orleans Hornets in exchange for Jamaal Magloire. On July 23, 2007 Mason signed a contract with the Bucks after a two-season absence. Initially angry with Bucks general manager Larry Harris for trading him in 2005, Mason said he was happy to be back in Milwaukee.

On August 13, 2008, Mason was traded to the Oklahoma City Thunder (the relocated Seattle SuperSonics franchise) in a three-team, six-player deal involving the Thunder, the Milwaukee Bucks and the Cleveland Cavaliers, that sent Milwaukee's Mo Williams to Cleveland, Mason and Cleveland's Joe Smith to Oklahoma City, and Cleveland's Damon Jones and Oklahoma City's Luke Ridnour and Adrian Griffin to Milwaukee. On September 17, 2009, Mason signed a contract with the Sacramento Kings at league minimum. After playing in just five games (and starting 4), he was waived by the Kings.

In February 2007, Mason recorded a hip-hop video called We Dem Hornets in which he gave an inspirational roll-call of the entire 2006–07 Hornets team. He said: "Brandon (Bass) and I write a lot on the bus... I wrote a song about the team and let them listen to it. I rapped it to them on the bus and on the plane and a lot of the guys really liked it. I tweaked it, cleaned it up, and went over to (videographer intern and son of head coach Byron Scott) Thomas Scott's house and we put it down and then they wanted to put a video to it. It was just for fun." Commenting on the fact that the Hornets started to win after the video was shown, Mason commented: "I think it went over well. They showed it in the locker room and everybody liked it, all of the players liked it. It was done well and (the highlights) fit together really well."

Mason majored in studio art in college, and at one point considered becoming an art teacher. He works with a variety of media, such as oil paint, acrylic paint, watercolors, and ceramics. In 2004, he founded the Desmond Mason Art Show, which supports a variety of charitable organizations. His works have been on display at museums and galleries, such as the Gaylord-Pickens Oklahoma Heritage Museum.

Mason has been described as an abstract expressionist. "I paint by emotion so everything I create is a piece of me to some extent", he said in 2013. 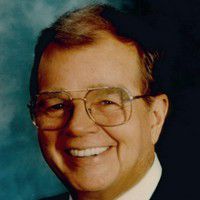 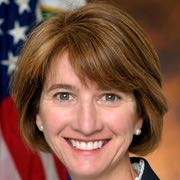