Born in Niagara Falls, Ontario, Sanderson played junior hockey in his hometown with the Niagara Falls Flyers of the Ontario Hockey Association. His time with the Flyers saw him being named to the Second All-Star Team in 1965-66, to the First All-Star Team in 1966-67 and winning the Eddie Powers Memorial Trophy as the top scorer in the OHA also in 1966-67. In 1964-65, Sanderson helped the Flyers reach the Memorial Cup finals where they would face off against the Edmonton Oil Kings. The Flyers would defeat the Oil Kings in five games to become the champions. After spending four years in the OHA, Sanderson turned pro by signing with the Boston Bruins of the National Hockey League in 1965–66. He would make his professional debut that season by playing two games with the Bruins. Sanderson also played two games in the CPHL with the Oklahoma City Blazers in 1965-66, recording one goal.

In 1967-68, Sanderson joined the Boston Bruins full-time in the NHL. He played in 71 games, contributing 24 goals and 49 points. Sanderson also collected 98 PIM in his rookie season, establishing himself as a "tough guy" in the league. At season's end, Sanderson was awarded the Calder Memorial Trophy as the NHL's Rookie of the Year, an honor that Bobby Orr won the previous year, giving the Bruins their second consecutive Calder Memorial Trophy.

Although he had been a leading scorer in junior hockey, his role on the high-scoring Bruins was to centre their defensive line with wingers Ed Westfall and Don Marcotte. The line excelled at killing penalties. In 1969-70, the Boston Bruins made it to the Stanley Cup Finals, where they faced off against the St. Louis Blues. The series went to a fourth game where Boston was leading the best-of-seven series three games to none. After three periods, the teams were tied 3-3, and the fourth game would need overtime. After only 40 seconds of overtime, Bobby Orr scored the game-winning goal clinching the Bruins' first Stanley Cup in 29 years. Bobby Orr's goal went on to become one of the most famous goals in hockey history. Often overlooked though was that Sanderson was the player who passed the puck to Bobby Orr for that goal.

During his time in Boston, Sanderson became a celebrity. Sanderson received much publicity for his flamboyant "mod" lifestyle as seen by his owning a Rolls-Royce car. Named by Cosmopolitan Magazine as one of the sexiest men in America, he was the subject of gossip columns, a frequent guest on television talk shows, and regularly photographed in the company of numerous beautiful women. Sanderson would help the Bruins finish first in the league the next two seasons (1970-71 and 1971-72). He also helped the Bruins win the Stanley Cup in 1971-72 against the New York Rangers.

In the summer of 1972, Sanderson made headlines around the world of sports when he signed what was then the richest contract in professional sports history. The Philadelphia Blazers of the rival league World Hockey Association signed Sanderson to a $2.6 million contract, making him the highest-paid athlete in the world at the time. His time with the Blazers was disastrous, as, plagued with injuries, Sanderson appeared in only eight games, recording six points. The Blazers management team had had enough and at the end of the season, Sanderson was paid $1 million to return to the Bruins.

After being kicked off the Blazers' roster, Sanderson played with the Bruins for two seasons, in which he suited up for only 54 games out of a possible 156. The Bruins, seeing no future for Sanderson, sent him down to the American Hockey League with the Boston Braves for three games before trading him to the New York Rangers in 1974-75. Meanwhile, in a distraction from his hockey career, along with New England Patriots receiver Jim Colclough, and the New York Jets star football quarterback Joe Namath, Sanderson opened "Bachelors III", a trendy nightclub on New York City’s Upper East Side. Negative publicity over some of the club's less than reputable patrons led to problems and eventually Sanderson had to get out of what went from a "goldmine" to a money-losing venture.

This started a downward spiral in which Sanderson would bounce from team to team, never being able to stay with a team for more than two full seasons, mainly because of his addiction to alcohol. Although Sanderson had a good first season with the Rangers by recording 50 points in 75 games, he was traded eight games in to the St. Louis Blues next season. In St. Louis, Sanderson set career highs in assists and points scored in a season with 43 assists and 67 points, but problems with alcohol and his recurring knee problems led Blues management to trade him in 1976-77 to the Vancouver Canucks. Struggling with his addiction to alcohol, Sanderson managed to score 16 points in 16 games with the Canucks, but he was still sent to the minors. As was the case with the Blues, the Canucks' impatience with Sanderson's struggle with alcohol and his knee problems led them to the decision not to re-sign him. The Pittsburgh Penguins signed Sanderson as a free agent in 1977-78; he played 13 games with the Penguins and eight games in the minors before retiring.

In April 1979, Sanderson married Rhonda Rapport, a former Playboy Bunny from Chicago. Their son, Scott Leslie Sanderson, died at birth on October 4, 1981, in Niagara Falls. According to a story in the Toronto Star by Ellie Tesher on March 21, 1982, the couple separated soon after that, and Rhonda Sanderson's detailed questions about their sons death led to an investigation by Ontario's College of Physicians and Surgeons. "because of this situation, an innocent life was lost and I almost died, too," she told Tesher. "It mustn't happen to other women. They must learn to speak up when they know something's wrong."

During his career Sanderson made many bad investments and lost millions of dollars; he was broke when he retired and had substance abuse problems. He wound up penniless, one time sleeping on a New York City park bench, and in poor health. Several years after Sanderson's retirement, Bobby Orr spent his own money to check Sanderson and several other former Bruins into rehab. Sanderson entered rehab in 1979, beat his addictions, and took a job as a professional sports broadcaster, working for ten years with New England Sports Network. Wanting to make sure that other hockey players would not follow his path, Sanderson organized The Professionals Group at State Street Global Advisors, where he was Director of The Sports Group that provided professional financial advice to athletes in the 90s.

In 2012, Sanderson became the Managing Director of The Sports Group, in Boston. His team worked with athletes and high-net-worth individuals, but he is not currently listed on the company's website. His autobiography, Crossing the Line: The Outrageous Story of a Hockey Original, written with Kevin Shea, was released in October 2012. In September 2013, Sanderson received the Hockey Legacy Award from The Sports Museum at TD Garden. 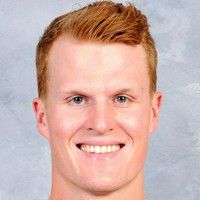 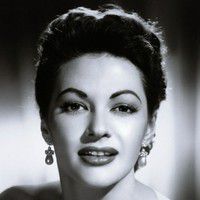 Player of american and canadian football