Derek Piotr (born 15 May 1991 in Lublin, Poland) is a sound artist, vocalist, and composer, whose work focuses primarily on the voice. His work covers genres including glitch, leftfield pop, chamber, dance, and drone; and he has collaborated with artists including Richard Chartier, Don’t DJ, and Thomas Brinkmann across various disciplines. He has been intern to Meredith Monk, and had his work nominated by the jury for Prix Ars Electronica (2012).

His 2018 release Grunt was completed in collaboration with Kevin Drumm and received positive reviews, with PopMatters describing the material as being “equipped with all of the hypnotic powers of its contemporaries” and Cyclic Defrost calling it “intricately constructed and frequently jarring”.

Piotr frequently changes styles from project to project. Piotr himself has been quoted as saying "I think every record does fit into a concept. Drono was about drone music, Forest People Pop was of course more of a Pop record. I think I need a fence to work in or I would just be utterly lost". A constant of Piotr's work is the digital manipulation of the human voice. 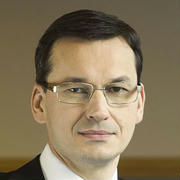