Dennis Patrick Landolt (born October 15, 1986) is a former American football offensive tackle. He was signed by the New York Giants as an undrafted free agent in 2010. He played college football at the Pennsylvania State University.

Landolt has also been a member of the New Orleans Saints, San Francisco 49ers, and New York Jets.

He was the first freshman to start at Holy Cross in more than 10 years and made 45 consecutive starts in his career. He was named first-team all-state by the Newark Star-Ledger, having not allowed a sack in three seasons. He made 60 tackles and eight sacks on defense as a senior. Landolt was an All-East selection that year and Rivals.com rated him the nation's No. 19 offensive tackle in 2004. Landolt was also a standout wrestler, finishing third in the New Jersey state championships as a senior.

Landolt redshirted his freshman season in 2005. In 2006, he would play in six games, backing up All-American Levi Brown. Landolt earned the starting right tackle job in 2007, starting all 13 games. In 2008 Landolt started every game at right tackle for the second consecutive season. Penn State ranked in the top 20 nationally in rushing, total offense, and scoring offense that season. The Nittany Lions led the Big Ten Conference in total and scoring offense, and were second in rushing and third in passing offense. Landolt was key in helping Penn State lead the Big Ten and rank fourth in the nation in fewest sacks allowed.

He was first team All-Big Ten choice in 2009, and an Associated Press third team All-American. Penn State finished second in the Big Ten in total offense that season, and allowed only 17 sacks in 13 games. Landolt was invited to play in the 2010 Texas vs. The Nation All-Star Challenge in El Paso, Texas following his senior season.

He earned a Bachelor of Arts in economics (supply chain and information systems) in 2009.

Landolt played in the 4th Annual Texas vs. The Nation All-Star Challenge in El Paso, Texas, on February 6, 2010. He and teammate Josh Hull trained in preparation for the 2010 NFL Draft at TEST in Martinsville, New Jersey.

The San Francisco 49ers signed Landolt to their practice squad on December 21, 2010.

Landolt had a stint on the practice squad but was released on October 1, 2011.

Second stint with the Jets 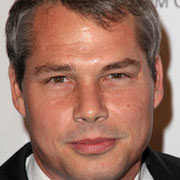 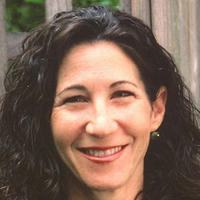