Dennis Ketcham is the real-life inspiration for famous cartoon strip Dennis the Menace.

Dennis Ketcham was born in 1946 as Dennis Lloyd Ketcham to famous American cartoonist Hank Ketcham and his wife Alice in Carmel, California.

Dennis' childhood was not an easy one. Unlike his cartoon alter ego, Dennis did not lead a storybook life - he had learning disabilities, his mother, Alice, was an alcoholic and his father, Hank Ketcham, had a very busy work schedule, which left little time left for him.

Hank used to work as an animator, initially for Walter Lantz, and later for Walt Disney. At Walt Disney, he worked on Pinocchio, Fantasia, Bambi and numerous Donald Duck shorts.

During World War II, Ketcham was a photographic specialist with the U.S. Navy Reserve and created the character Mr. Hook for the Navy during World War II. While in the Navy, he also started a camp newspaper strip titled "Half Hitch," which ran in The Saturday Evening Post beginning in 1943.

After World War II, Hank settled in Carmel, California, and began work as a freelance cartoonist.

One October afternoon in 1950, Hank was in his Carmel studio, working on his cartoon character for his project. For the character, he tried several possible children names but they are seemed unfit for the character. Suddenly, Alice, his wife, came to the studio complaining that their four year old son, Dennis, had wrecked his bedroom instead of napping. she shouted "Your son is a menace." And thus Hank got the idea to name his character, "Dennis the Menace." He released the strip in 1951. By May 1953, the strip carried by around 193 newspapers in the United States and 52 abroad had reached over 30 million readers.

The strip is now written and drawn by Ketcham's former assistants, Marcus Hamilton and Ron Ferdinand, and distributed to more than 10,000 newspapers in 48 countries and 19 languages by King Features Syndicate.

In 1959, his mother filed for divorce in 1959, and Dennis was sent to a boarding school in Southbury, Connecticut. Shortly after, his mother died from an accidental drug overdose at age 41. His father remarried to Jo Anne Stevens and moved the family to Geneva, Switzerland.

Dennis had a difficult time in Swiss boarding school, so his father sent him to a boarding school in the United States while Hank and his new wife remained in Europe.

After graduating, in 1966, Dennis joined the Marine Corps and served in Vietnam. After his discharge in 1970, he was treated for post-traumatic stress disorder at a VA hospital and drifted from a series of low-paying jobs - ranch hand, poultry-farm worker, prison guard.

In the late 70's Dennis worked at the old Ohio Penitentiary in Columbus, Ohio. By 1990, he was living in Ohio and estranged from his father.

Dennis and his father lated agreed and admitted that the comic strip served only to help drive them apart. Dennis in an interview said:

I wish Dad could have used something other than my childhood for his ideas.

His father commented on his own marital breakup and his son's loss of privacy:

These things happen, but this was even worse because his name was used. He was brought in unwillingly and unknowingly, and it confused him. 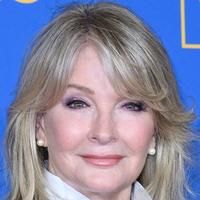 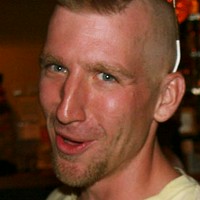