Jacqueline Denise Welch (born 22 May 1958) is an English actress and television presenter. She is known for her roles as Natalie Barnes in Coronation Street (1997–2000) and Steph Haydock in 'Waterloo Road'. (2006–10). She is also known for her appearances as a regular panellist on the ITV lunchtime chat show Loose Women from 2005 to 2013.
Welch's other acting roles include the television dramas Spender (1991–93), Soldier, Soldier (1993–95) and Down to Earth (2004–05). In 2011, she was a contestant on the sixth series of Dancing on Ice, where she was partnered with professional skater Matt Evers, and in 2012 she won the ninth series of Celebrity Big Brother. 2012 also saw her star as Truvy in the UK touring production of the play Steel Magnolias.

Jacqueline Denise Welch was born in Tynemouth, Northumberland, to father Vin and mother Ann (née Ridley, died 22 May 2012). She has a younger sister Debbie. She attended Bygate School in Whitley Bay, La Sagesse Roman Catholic School in Newcastle upon Tyne, before moving to Ebchester, County Durham at the age of 13 where she attended Blackfyne Grammar School in Consett and passed five GCE exams. She developed a penchant for acting at the age of 14 after being cast in a school production of Finian's Rainbow. At the age of 17, she contemplated going to a teacher training college in Crewe; however, her father and drama teacher suggested she apply for the Mountview Academy of Theatre Arts in London. She was successful in her application and remained at the school from 1976 to 1979, gaining her Equity Card while teaching dance at the Palace Theatre, Watford.

Welch became an actress straight after leaving school. She performed on stage in London in Yakkety-Yak with the McGann brothers at the Astoria Theatre in 1983, and later joined the Live Theatre Company, Newcastle, where she featured in many productions, including There's a Girl in My Soup, and an Alan Ayckbourn quartet of plays including Bedroom Farce. She also played the role of Sandy in the popular musical Grease at the Haymarket Theatre, Leicester, in 1984.

Her first TV appearance was in the Tyne Tees Television production Barriers in 1981. A few years later she appeared in ITV's hit drama, Auf Wiedersehen, Pet (1986), and she followed this with roles in the children's television show Byker Grove (1990–1991); A Kind of Living (1988); the Catherine Cookson adaptation The Glass Virgin (1995); and she appeared opposite Jimmy Nail in BBC's Spender (1991–1993).

In 1993, Welch became a household name when she was cast as Marsha Stubbs in ITV's drama series Soldier Soldier. Owing to her success in the series, she released a single in 1995, a double-A side "You Don’t Have to Say You Love Me/Cry Me a River" which reached #23 and spent three weeks in the UK singles chart.

Welch gained even wider notability in 1997 when she was cast as Natalie Horrocks (later Barnes) in the long-running ITV soap opera Coronation Street. Natalie was introduced as a divorcee, who soon became the mistress of Kevin Webster, played by Michael Le Vell. Originally a femme fatale, Natalie rose to landlady of the soap's public house The Rovers Return. In 2000 the Coronation Street producers wanted her to perform a storyline involving Natalie having a miscarriage, but she refused, saying the character had already lost her husband and son. However Welch, who was expecting a baby the same year, decided to leave the serial in 2000. At the time, Welch commented, "I am looking forward to being a mum again and spending some time with my baby and am relishing the prospect of new challenges in my career." A spokesperson for Granada TV commented "The character [Natalie] will not be killed off and the door will be left open for her possible return. We wish Denise well both for the birth of her baby and for her future career."

In 2002 Welch guest-starred in ITV's Where the Heart Is, and BBC's hospital drama Holby City, playing risk manager Pam McGrath who conducted an on-screen relationship with the character Mubbs Hussein (played by Ian Aspinall). She has guest-starred twice in ITV's long-running police drama The Bill (1997; 2006) and has also appeared in BBC's Doctors (2004); Down to Earth (2004–2005); Born and Bred (2002–2003); starred (second billing) in the British feature film The Jealous God (2005); and starred in Hollyoaks: In the City (2006) among others. From 2006 to 2010 she appeared as French teacher Steph Haydock in the successful BBC school-based drama series Waterloo Road, and played Janet Gold (Goldie) in an episode called "Rogue" of the long-running programme, Casualty, which aired on 2 July 2011.

Welch originally won the role as Frances Myers in Bad Girls, but ended up declining it owing to illness at the time; her future Waterloo Road co-star Eva Pope received the part instead. Welch left Waterloo Road and intended not to return for Series 6, but eventually decided to return for the final two episodes.

Via the BenidormTweets Twitter feed, it was revealed that Welch will have a part in the upcoming Series 4 of Benidorm. She played the part of 'Scary Mary' alongside her ex-husband Tim Healy. She was married to Healey at this time.

In 2012, Welch played Truvy in the touring production of Steel Magnolias.

In 2013, Welch played the part of Catherine Robinson in Richard Bean's Smack Family Robinson at the Rose Theatre in Kingston.

On 25 March 2016, it was announced that Welch would guest star in EastEnders as Alison Slater, the estranged mother of Kyle Slater (Riley Carter Millington) and secret stepmother of Stacey Slater (Lacey Turner). Of her casting, Welch stated: “I’m so thrilled to be part of such an iconic show; it’s so exciting! I have several friends on the show and it’s a great crowd so I can’t wait to get started. It’s a short stint but such a powerful role and I’m thrilled to be taking this on.” Welch made her appearance as Alison on 3 May 2016, with fans praising her performance and insisting she were given a permanent role in the soap.

Welch has presented numerous television shows and also appeared in a series of SCS adverts promoting soft furnishings. She hosted her own DIY series The Real DIY Show in 2000 and Soap Fever for ITV2. In 2001, he appeared on Lily Savage's Blankety Blank. Since 2005 she has been a regular panellist on ITV's topical lunchtime chat show Loose Women. In 1999 she appeared as Petula Clark in ITV's celebrity singing contest Stars in Their Eyes.

In 2008, Welch appeared on a celebrity version of Who Wants to be a Millionaire along with Falklands War hero Simon Weston. In 2009, Welch took over as narrator of the revamped series of 10 Years Younger, for Channel 4. She also participated in Playing the Part, a documentary on BBC One on 21 May 2009, in which she went back to her old secondary school, Consett Community Sports College, and taught there for a week.

Welch shows her support for the children's charity, Children North East which is based in Newcastle, by making appearances at events and supporting community-based projects. In April 2010, Welch appeared with her husband Tim on ITV's All Star Mr & Mrs and donated their runner-up prize of £5,000 to Children North East. She also appears in the biannual benefit concert Sunday for Sammy, recently parodying the show Loose Women as "Slack Lasses".

Beginning on 9 January 2011, Welch participated in the sixth series of Dancing on Ice on ITV with her skating partner, American professional ice skater Matt Evers, who partnered Zöe Salmon and Heather Mills in previous series. On the eighth week of the show, which was broadcast on 6 March 2011, she and Evers were the seventh couple to be voted out of the competition after losing the skate-off to army soldier, Johnson Beharry.

In January 2012, Welch was a housemate in Celebrity Big Brother on Channel 5 in the UK. She went on to win the series beating Frankie Cocozza in the final.

In 2013, she participated in the ITV dancing show Stepping Out with husband Lincoln Townley.

It is believed Welch "walked out" of Loose Women due to differences with the new director of ITV Helen Warner on 4 October 2013. She has not appeared on an episode since then.

She appeared on the 2014 Christmas special of Through the Keyhole, hosted by Keith Lemon.

Welch lives in Cheshire. Her first marriage was to actor David Easter, from 1983 until their divorce in 1988; Welch has since gone public with her belief that he committed adultery. Welch met Tim Healy while they were working together for Newcastle's Live Theatre Company. They married in Haringey, London, in 1988 and have two children: Matthew Timothy (born 8 April 1989, Hendon, London), who is a member of the alternative rock band the 1975, and Louis Vincent (born 2001, Salford). Welch announced, live on Loose Women on 6 February 2012, that she and Healy were separated and that they had been for a long time. Shortly after that, Welch announced that she was dating her PR manager, Lincoln Townley. In August 2012, it was revealed that she and Townley were engaged. On 13 July 2013, the couple tied the knot, following a wedding ceremony in Portugal.

A self-confessed alcoholic, sporadically throughout her adult life, Welch has suffered from depression which was exacerbated by the birth of her first child. She tried to escape the pain by trying to jump out of the window of her flat, and subsequently fell into alcoholism and drug abuse. Welch confessed that she found it difficult to cope with the pressures that came with being in Coronation Street, once commenting "I don't know how I did that job. I was desperately ill for most of my time in the Street. It got so bad that I started drinking heavily. I thought it would be a quick-fix way of taking away the pain, but it exacerbated the depression. I could easily down a bottle of wine a day. Other days I would binge-drink until I blacked out. I was still taking anti-depressants and the alcohol would cancel these out—so when I did get an attack of depression it was much worse ... There were mornings when I can't tell you how hard it was to get up for work, and then, when I was on the set, I felt I couldn't say a line properly. I would watch an episode I'd been in and would hardly remember doing it. But the public never realised." Welch also admitted using cocaine while filming Coronation Street and hitting her husband's head with a lamp shade after a "drink-fuelled row".

Welch confessed that her marriage was nearly ruined because of her mental illness, as well as an affair she had during her depression. With the help of her former Coronation Street co-star Kevin Kennedy, she attended Alcoholics Anonymous and suggests this helped her end her dependency on alcohol. On 29 April 2010 her 320-page autobiography Pulling Myself Together was published, in which she describes how she overcame her problems with alcohol, drugs and depression. It became a best-seller in the UK. 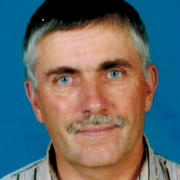