Demetrios Ypsilantis (also spelt using Dimitrios, Demetrius and/or Ypsilanti; Greek: Δημήτριος Υψηλάντης; Romanian: Dumitru Ipsilanti; 1793 – August 16, 1832) was a member of a prominent Phanariot Greek family Ypsilantis, a dragoman of the Ottoman Empire, served as an officer in the Imperial Russian Army in Moldavia and was appointed as modern Greece's first Field Marshal by Ioannis Kapodistrias, a hero of the Greek War of Independence. Ypsilantis was the brother of Alexander Ypsilantis, a leader of Filiki Eteria.

A member of an important Phanariote family, he was the second son of Prince Constantine Ypsilantis of Moldavia. He was sent to France where he was educated at a French military school.

Union of Moldavia and Wallachia

He distinguished himself as a Russian officer in the campaign of 1814. In 1821 there was a Greek rebellion under Demetrios Ypsilantis, in Moldavia, that indirectly benefited the Principalities (of Moldavia and Wallachia).

The Greek War of Independence

The flag of the Sacred Band.

A bust of Demetrius Ypsilantis in front of the Ypsilanti Water Tower in Ypsilanti, Michigan, United States.

In 1821 he went to the Morea, where the Greek War of Independence had just broken out. He was one of the most conspicuous of the Phanariote leaders during the early stages of the revolt, though he was much hampered by the local chiefs and by the civilian element headed by Prince Alexander Mavrocordatos; as a result the organisation of a regular army was slowed and operations were limited.

On 15 January 1822, he was elected president of the legislative assembly. However, due to the failure of his campaign in central Greece, and his failure to obtain a commanding position in the national convention of Astros, he was compelled to retire in 1823.

In 1828, he was appointed by Ioannis Kapodistrias as commander of the troops in eastern Greece. On 25 September 1829, he successfully compelled the Turkish commander Aslan Bey to capitulate at the Pass of Petra, thus ending the active operations of the war.

He was known for an affair with Manto Mavrogenous, who was a Greek heroine of the Greek War of Independence. The funerary monument of Dimitrios Υpsilantis at Nafplion. 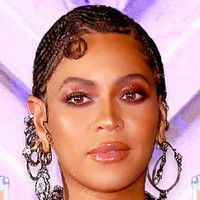