Delphine Batho (born 23 March 1973 in Paris) is a French Socialist Party politician. She was France's minister of ecology, sustainable development, and energy between 21 June 2012 and 2 July 2013. She had to leave the government because she openly criticized the government and the budget restrictions for her own ministry. She was previously named ministre délégué at the French Ministry of Justice. She was elected to the National Assembly of France from the 2nd constituency of Deux-Sèvres on behalf of the Socialist, Radical, Citizen, and Miscellaneous Left grouping. It had been rumoured that the relationship between Delphine Batho and Christiane Taubira, her Senior Minister for Justice, was tense, leading to her removal from the Ministry of Justice.

President of the FIDL

Batho began her militant activity in the high-school students' union FIDL (Fédération indépendante et démocratique lycéenne) while attending the Lycée Henri-IV in Paris. She was elected president of the union in 1990 and became well known for her activism on behalf of students' rights and for the means to study. Following nearly two months of strikes the movement obtained from Lionel Jospin, the Minister for Education, a pledge to spend 4.5 million francs on renovating high schools and to protect certain student rights. In 1992 she left high school, and thus the FIDL, to study history.

Batho joined the anti-racist movement SOS Racisme and when its leadership was renewed in September 1992 Fodé Sylla, aged 29, became president and Batho, a representative of the "second generation SOS" in the words of Le Monde, was elected vice-president.

Batho joined the French Socialist Party (Parti Socialiste – PS) in the mid-1990s as a militant in the Grigny (Essonne) section. She participated, together with Julien Dray, in the party's Socialist Left tendency. At the party's Grenoble Congress she was elected to the national executive committee of the PS. In 2003, during the breakup of the socialist left, she remained loyal to Dray, who employed her at the Île-de-France Regional Council, where she was responsible for security matters. In 2004 she became National Secretary of the PS in charge of security, where she defended the policy of preventative sanctions.

Her thoughts on security matters were taken into account by Ségolène Royal, the PS candidate in the French Presidential Election of 2007, who incorporated them into her "just order".

Election to the National Assembly in 2007

In the parliamentary elections of 2007 Batho was the PS's candidate in the 2nd constituency of Deux-Sèvres, which Ségolène Royal had represented before running in the presidential election of that year. In the PS internal nomination contest, she received 54.75% of the vote as against 45.25% for Éric Gauthier, Ms Royal's former suppléant (reserve).

Controversy regarding her housing

In March 2012, Delphine Batho was criticised when Le Monde revealed that she was the tenant of an apartment reserved for low-income families despite her own relatively high income. 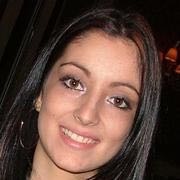