Delphine Arnault received her degree from the London School of Economics and EDHEC Business School (Ecole des Hautes Etudes Commerciales du Nord), she began her career working for the strategy consulting firm McKinsey and Company. She joined LMVH in 2000.

Since 2003, she has been a member of the Management Board of the group LVMH, thus becoming the first woman and youngest person to occupy that post.

In 2008 she was named Deputy Chief of the designer Christian Dior Couture, which she quit in 2013 to join Louis Vuitton as Director and executive Vice President.

In May 2014 Arnault started the LVMH Prize, an international competition for young fashion designers. The objective of the LVMH group is discover the talents and creativity of new designers: “It is necessary to recognize the talent and creativity, as well as the ways in which we can best help the growth of their business”, she confirmed.

She is the oldest child of Bernard Arnault and his first wife, Anne Dewavrin. Delphine Arnault has a younger brother, Antoine Arnault.

She married Alessandro Vallarino Gancia, heir to a dynasty of Italian winemakers, on September 24, 2005. They divorced in 2010 and Delphine Arnault had her first child, a daughter, in August 2012 with businessman Xavier Niel. 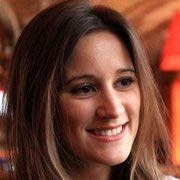