Delia Ann Derbyshire (5 May 1937 – 3 July 2001) was an English musician and composer of electronic music. She carried out pioneering work with the BBC Radiophonic Workshop during the 1960s, including her electronic arrangement of the theme music to the British science-fiction television series Doctor Who. She has been referred to as "the unsung heroine of British electronic music," having influenced musicians including Aphex Twin, the Chemical Brothers and Paul Hartnoll of Orbital.

Derbyshire was born in Coventry, daughter of Emma (née Dawson) and Edward Derbyshire. of Cedars Avenue, Coundon, Coventry. Her father was a sheet-metal worker. She had one sibling, a sister, who died young. Her father died in 1965 and her mother in 1994.

During the Second World War, immediately after the Coventry Blitz in 1940, she was moved to Preston, Lancashire for safety. Her parents had moved from there originally and most of her surviving relatives still live in the area. She was very bright and, by the age of four, was teaching others in her class to read and write in primary school, but said "The radio was my education". Her parents bought her a piano when she was eight years old. Educated at Barr's Hill Grammar School from 1948 to 1956, she was accepted at both Oxford and Cambridge, "quite something for a working class girl in the 'fifties, where only one in 10 [students] were female", winning a scholarship to study mathematics at Girton College, Cambridge but, apart from some success in the mathematical theory of electricity, she claims she did badly. After one year at Cambridge she switched to music, graduating in 1959 with a BA in mathematics and music, having specialised in medieval and modern music history. Her other principal qualification was LRAM in pianoforte.

She approached the careers office at the university and told them she was interested in "sound, music and acoustics, to which they recommended a career in either deaf aids or depth sounding". Then she applied for a position at Decca Records, only to be told that the company did not employ women in their recording studios. Instead, she took positions at the UN in Geneva, from June to September, teaching piano to the children of the British Consul-General and mathematics to the children of Canadian and South American diplomats. Then from September to December, she worked as an assistant to Gerald G. Gross, Head of Plenipotentiary and General Administrative Radio Conferences at the International Telecommunications Union. She returned to Coventry and from January to April 1960 taught general subjects in a primary school there. Then she went to London where from May to October she was an assistant in the promotion department of music publishers Boosey & Hawkes.

In November 1960, she joined the BBC as a trainee assistant studio manager and worked on Record Review, a magazine programme where critics reviewed classical music recordings. She said: "Some people thought I had a kind of second sight. One of the music critics would say, "I don't know where it is, but it's where the trombones come in" and I'd hold it up to the light and see the trombones and put the needle down exactly where it was. And they thought it was magic." She then heard about the Radiophonic Workshop and decided that was where she wanted to work. This was received with some puzzlement by the heads in Central Programme Operation because people were usually "assigned" to the Radiophonic Workshop. But in April 1962 she was indeed assigned there in Maida Vale, where for eleven years she would create music and sound for almost 200 radio and television programmes.

In August 1962 she assisted composer Luciano Berio at a two-week summer school at Dartington Hall, for which she borrowed several dozen items of equipment from the BBC. One of her first works, and the most widely known, was her 1963 electronic realisation of a score by Ron Grainer for the theme tune of the Doctor Who series, one of the first television themes to be created and produced by entirely electronic means.

When Grainer first heard it, he was so amazed by her rendering of his theme that he asked "Did I really write this?" to which Derbyshire replied "Most of it". Grainer attempted to get her a co-composer credit, but the attempt was prevented by the BBC bureaucracy, which then preferred to keep the members of the workshop anonymous. She would not be credited on-screen for her work until Doctor Who's 50th anniversary special, The Day of the Doctor. Derbyshire's original arrangement served as Doctor Who's main theme for its first seventeen seasons, from 1963 to 1980. The theme was reworked over the years, to her horror, and the version that had her "stamp of approval" is her original one. Delia also composed some of the incidental music used in the show, including Blue Veils and Golden Sands and The Delian Mode.

In 1964–65 she collaborated with the British artist and playwright Barry Bermange for the BBC's Third Programme to produce four Inventions for Radio, a collage of people describing their dreams, set to a background of electronic sound.

In 1966, while still working at the BBC, Derbyshire with fellow Radiophonic Workshop member Brian Hodgson and EMS founder Peter Zinovieff set up Unit Delta Plus, an organisation which they intended to use to create and promote electronic music. Based in a studio in Zinovieff's townhouse at 49 Deodar Road in Putney, they exhibited their music at a few experimental and electronic music festivals, including the 1966 The Million Volt Light and Sound Rave at which The Beatles' "Carnival of Light" had its only public playing.

In 1966, she recorded a demo with Anthony Newley entitled Moogies Bloogies, although as Newley moved to the United States, the song was never released. After a troubled performance at the Royal College of Art, in 1967, the unit disbanded.

In the late sixties, she again worked with Hodgson in setting up the Kaleidophon studio at 281–283 Camden High Street in Camden Town with fellow electronic musician David Vorhaus. The studio produced electronic music for various London theatres and in 1968 the three used it to produce their first album as the band White Noise. Their debut, An Electric Storm, is now considered an important and influential album in the development of electronic music. Derbyshire and Hodgson left the group subsequently, and future White Noise albums were solo Vorhaus projects.

The trio, using pseudonyms, also contributed to the Standard Music Library. Many of these recordings, including compositions by Derbyshire using the name "Li De la Russe" (from an anagram-esque use of the letters in "Delia" and a reference to her auburn hair) were later used on the seventies ITV science fiction rivals to Doctor Who: The Tomorrow People and Timeslip.

In 1967, she assisted Guy Woolfenden with his electronic score for Peter Hall's production of Macbeth with the Royal Shakespeare Company. The two composers also contributed the music to Hall's film Work Is a Four-Letter Word (1968). Her other work during this period included taking part in a performance of electronic music at The Roundhouse, which also featured work by Paul McCartney, the score for an ICI-sponsored student fashion show and the sounds for Anthony Roland's award-winning film of Pamela Bone's photography, entitled Circle of Light. She composed a score for Yoko Ono's short film Wrapping Event, but no known copy of the film with the soundtrack is known to exist.

In 1973, she left the BBC and worked a brief stint at Hodgson's Electrophon studio during which time she contributed to the soundtrack to the film The Legend of Hell House.

The studios Electrophon and Kaleidophon were named after early electrical musical instruments made by Jörg Mager in pre-war Germany.

In 1975 she stopped producing music. Her final works were two soundtracks for video pioneers Madelon Hooykaas and Elsa Stansfield on their short films Een Van Die Dagen ("One Of These Days") in 1973 and Overbruggen ("About Bridges") in 1975.

After her music career, Derbyshire worked as a radio operator for the laying of a British Gas pipeline, in an art gallery and in a bookshop. In late 1974 she married David Hunter from Haltwhistle in Northumberland, the labourer son of a miner in an attempt to gain local acceptance; the relationship was brief and disastrous although she never divorced. She also frequented the gallery space of Chinese artist Li Yuan-chia at his stone farmhouse in Cumbria. In 1978 she returned to London and met Clive Blackburn. In January 1980 she bought a house in Northampton where, four months later, Blackburn joined her. He remained her partner for the rest of her life, though at one point they lived separately. According to Blackburn, "in private, she never stopped writing music either. She simply refused to compromise her integrity in any way. And ultimately, she couldn't cope. She just burnt herself out. An obsessive need for perfection destroyed her."

In 2001 she returned to music, providing sounds used as source material by Pete Kember on Sychrondipity Machine (Taken from an Unfinished Dream), a 55-second track for the compilation Grain: A Compilation of 99 Short Tracks, released by Dot Dot Dot Music in 2001. In the liner notes, she is credited with "liquid paper sounds generated using fourier synthesis of sound based on photo/pixel info (B2wav - bitmap to sound programme)." The track was released posthumously and dedicated to her.

Derbyshire's later life was chaotic due to chronic alcoholism; she died of renal failure, aged 64, in July 2001.

After Derbyshire's death, 267 reel-to-reel tapes and a box of a thousand papers were found in her attic. These were entrusted to Mark Ayres of the BBC and in 2007 were given on permanent loan to the University of Manchester. Almost all the tapes were digitised in 2007 by Louis Niebur and David Butler, but none of the music has been published due to copyright complications. In 2010, the University acquired Derbyshire's childhood collection of papers and artefacts from Andi Wolf. This collection is accessible at the John Rylands Library in Manchester.

In 2002, BBC Radio 4 broadcast a radio play entitled Blue Veils and Golden Sands as part of its Afternoon Play strand, telling the story of Derbyshire and her pioneering musical work. The play starred actress Sophie Thompson as Derbyshire and was written by Martyn Wade.

In October 2004, the Tron Theatre, Glasgow hosted Standing Wave, a play written by Nicola McCartney, score by Pippa Murphy. This was produced by Reeling and Writhing, directed by Katherine Morley.

In 2013, the BBC showed a television docudrama depicting the creation and early days of Doctor Who in 1963, called An Adventure in Space and Time, as part of the celebrations for the programme's fiftieth anniversary. Derbyshire appeared as a character in it, portrayed by actress Sarah Winter.

Episode 5 "Derbyshire" of the BBC children's science TV programme Absolute Genius with Dick & Dom is an exploration of Derbyshire's creation of the Doctor Who theme recording using her techniques on equipment archived from the Radiophonic Workshop.

Her hometown Coventry named a street after her in November 2016, the 'Derbyshire Way'.

A blue plaque was unveiled at Derbyshire's former home of 104 Cedars Avenue, Coventry, on 15 June 2017 as part of a BBC initiative celebrating important musicians and venues. The ceremony was performed by former Doctor Who actors Colin Baker and Nicola Bryant along with BBC Coventry & Warwickshire presenter Vic Minett.

On 20 November 2017, Derbyshire was awarded a posthumous honorary doctorate for her pioneering contributions to electronic music, by Coventry University, who also erected a plaque honouring Derbyshire, on their Ellen Terry Building. Adjacent to it is a mural depicting Derbyshire.

The contents of this page are sourced from Wikipedia article on 07 Mar 2020. The contents are available under the CC BY-SA 4.0 license.
View Delia Derbyshire 's image gallery
Image Gallery 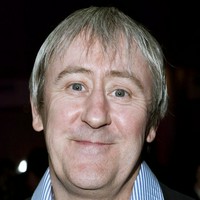 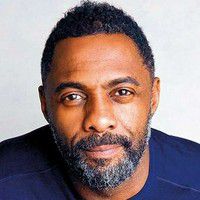 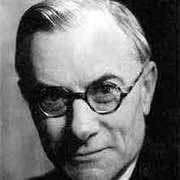