Declan Joseph Oliver 'Dec' Donnelly, OBE (born 25 September 1975) is an English television presenter, producer and actor, best known as one half of the British acting and TV presenting duo Ant & Dec, with the other being Anthony McPartlin.

Donnelly came to prominence in the children's drama series Byker Grove and as one half of the pop music duo PJ & Duncan. Since then, Donnelly and McPartlin have had a very successful career as television presenters, currently presenting I'm a Celebrity...Get Me Out of Here! since 2002, Ant & Dec's Saturday Night Takeaway since 2002, Britain's Got Talent since 2007 and Text Santa since 2011.

Before then, the duo presented other ITV entertainment series such as PokerFace, Push the Button, Pop Idol and Red or Black?.

Donnelly is the youngest of seven children born to Irish parents Alphonsus (died 2011) and Anne Donnelly. He has three brothers, Martin, Eamonn and Dermott; and three sisters, Patricia, Moyra and Camalia. His parents hailed from Desertmartin, County Londonderry, Northern Ireland, but migrated to Newcastle, where they bought a house in the 1950s. The family lived in the council estate of Cruddas Park for many years and all seven children were raised there. Donnelly's future double act partner Anthony McPartlin was raised in a nearby estate but the duo only met in 1986, on the set of Byker Grove.

Donnelly attended St Michael's Roman Catholic Primary School and the all-boys St Cuthbert's High School, leaving with 8 GCSEs. He considered becoming a Catholic priest but quipped that he changed his mind after seeing the girls from Sacred Heart, the local Catholic girls' school.

The part of Duncan on Byker Grove was Dec's first well-known TV appearance. At the age of 12, he saw an advert in a local newspaper stating that a new children's TV show would be filmed in Newcastle and was looking for young actors. It was his father who suggested that he audition. At first Dec said he didn't want to, but he later phoned the producer and asked for an audition. He was successful and it was on the Byker Grove set that he first met McPartlin.

Donnelly and McPartlin soon became the famous duo known today, who host Ant and Dec's Saturday Night Takeaway, an entertainment show in which they compete against each other and the audience can win prizes. They also host ITV's reality TV show I'm a Celebrity...Get Me Out of Here! in which celebrities are placed in the jungle in Australia and have to compete to win the show. They also host another ITV show, Britain's Got Talent, a talent search to find an act to perform at the Royal Variety Show in front of the Royal Family and most recently Ant & Dec's Push the Button, with the same idea as Ant and Dec's Saturday Night Takeaway. Most recently, they hosted Red or Black?, a game show which is based on roulette. In April 2009, Donnelly and McPartlin achieved wide international exposure after interviewing Britain's Got Talent contestant Susan Boyle, whose audition would become the most-viewed YouTube video of 2009. They also starred in the 2006 film Alien Autopsy.

Ant & Dec have their own production company Mitre Television where they produce their shows.

Donnelly was the best man at Anthony McPartlin's wedding to Lisa Armstrong on 22 July 2006. On 13 November 2014, it was announced that Donnelly had become engaged to their longtime manager Ali Astall, whom he had been dating since 2013.

After getting engaged to Ali Astall in November 2014, Donnelly and Alstall were married on 1 August 2015 at St. Michael's Roman Catholic Church, Elswick, Tyne and Wear. The ceremony was conducted by his brother Fr Dermott Donnelly, a Catholic priest. Ant was his best man.

Donnelly has stated that he is a practising Roman Catholic but does not publicly discuss religion or his family in depth.

Donnelly is a supporter of the Labour Party.

Donnelly and McPartlin are patrons of the charity Sunshine Fund. When their single 'Let's Get Ready to Rhumble' reached No.1, Ant & Dec donated the single's success to the charity ChildLine. They also support the Text Santa appeal.

Donnelly also supports the Diocese of Hexham and Newcastle's Youth Ministry Team, directed by one of his older brothers Fr Dermott Donnelly, Dean of St Mary's Cathedral in Newcastle.

He was appointed Officer of the Order of the British Empire (OBE) in the 2016 Birthday Honours for services to broadcasting and entertainment.

Ant and Dec have won or been nominated for the following awards:

In September 2006, they were voted by the general public as number 7 in a poll of TV's 50 Greatest Stars.

Ant & Dec have won the National Television Award for Most Popular Entertainment Presenter(s) 16 years running 2001 to 2017. 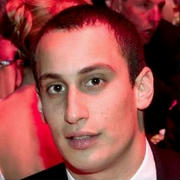