Deborah Sue Schiffrin (May 30, 1951 – July 20, 2017) was an American linguist who researched areas of discourse analysis and sociolinguistics, producing seminal work on the topic of English discourse markers.

Throughout her career, Schiffrin wrote four books, edited five books, published over 51 articles and book chapters, and supervised 44 successful Ph.D. dissertations, plus acted as a reader on 35 more. She served on the faculty at Georgetown University from 1982 to 2013 teaching sociolinguistics, discourse analysis, and pragmatics, serving as chair of the department from 2003-09. As department chair, Schiffrin designed the department's Masters in Language and Communication program.

Schiffrin served on the editorial board of academic journals including Language in Society, Journal of Pragmatics, Language and Communication, Discourse Processes, Pragmatics, Discourse Studies, and Storyworlds, as well as the John Benjamins Publishing Company's academic book series Pragmatics and Beyond New Series.

Schiffrin's main area of study was discourse markers. She looked at several different characteristics of discourse markers including: syntactic position, grammatical, stress, phonological reduction, and tone. She conducted her analysis by interviewing primarily Jewish Americans in Philadelphia about their lives. Her interview methods consisted of oral narratives produced by the participants, (for more detail on Shiffrin's work with narrative analysis see the following section below).

Schiffrin contributed to the understanding of both narrative analysis and discourse analysis by analyzing oral narratives produced by various Jewish Americans living in the Philadelphia area. These oral narratives consisted of naturally occurring stories in everyday interactions, life stories, and oral histories. She analyzed these different types of oral narratives for features of argument, sociolinguistic construction of identity, the retelling (how a single story is retold for different situations and/or purposes), how grammar serves communication, and change over time (how the story is retold over time and/if features of the story are changed).

In the 1990s Schiffrin and a team received a grant from the National Science Foundation to investigate the different ways that people indicate what they are communicating, in which Schiffrin served as lead investigator. From this investigative work Schiffrin developed and published her book Approaches to Discourse in 1994.

Approaches to Discourse (1994) exemplifies how discourse analysis uses methods from other disciplines, besides just linguistics, including anthropology, sociology, and philosophy. The book compares and contrasts several different approaches of linguistic analysis in relation to discourse including: speech theory, pragmatics, conversation analysis, ethnography, interactional sociolinguistics, and variation analysis. Within each approach described, Schiffrin includes her own analysis of the narratives used above in order to illustrate the similarities and differences of the various approaches.

Dr. Schiffrin died on July 20, 2017, aged 66. She was survived by her husband, Dr. Louis Scavo, and their children, David and Laura Scavo, of Bethesda, Maryland. 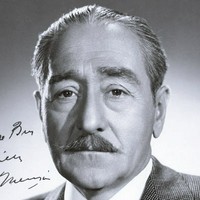 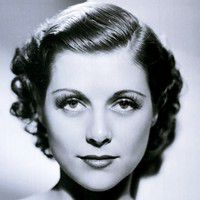