Deborah E. McDowell (born 1951) is a scholar, author and member of the university of Virginia faculty since 1987 where she serves as Alice Griffin professor of Literary Studies. In 2008 professor McDowell was named director of the Carter G. Woodson Institute for African-American and African Studies, at the University of Virginia.

Mcdowell was born and raised in Bessemer, Alabama. She wrote about her childhood in her debut memoir Leaving Pipe Shop: Memories of Kin.

McDowell received a B.A. from Tuskegee University, and M.A. and Ph.D. from Purdue University. She has been on the faculty of the University of Virginia since 1987. She founded the African-American Women Writers Series at Beacon Press, and was its editor from 1985 to 1993. Deborah McDowell was featured in the documentary Unearthed and Understood.

The contents of this page are sourced from Wikipedia article on 22 Sep 2020. The contents are available under the CC BY-SA 4.0 license.
View Deborah E. McDowell 's image gallery
Image Gallery 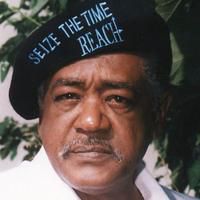