David Kenneth Roy Thomson, 3rd Baron Thomson of Fleet (born 12 June 1957) is a Canadian media magnate. He is the son of the late Kenneth Thomson, 2nd Baron Thomson of Fleet and his siblings are Taylor Thomson and race car driver Peter Thomson. He became the chairman of Thomson Corporation in 2006 at the death of his father and after the acquisition of Reuters, became the chairman of the merged entity, Thomson Reuters in 2008. He currently resides in Toronto, Ontario. At the same time he inherited his father's title, Baron Thomson of Fleet.
Thomson attended Upper Canada College and received a BA (subsequently upgraded to an MA) in history from Selwyn College of the University of Cambridge in 1978.
As of November 2015, Thomson is listed as one of the wealthiest people in the world with an estimated net worth of $37 billion. With an estimated 2010 net worth of around 23 billion Canadian dollars, Thomson and his family are the richest in Canada and 22nd richest in the world according to the Bloomberg Billionaires Index. Previously, Thomson was listed as the 17th richest in the world by Forbes. He, along with Galen Weston Sr., according to Oxfam, have as much wealth as the poorest 11 million Canadians.

Thomson has worked a number of positions in companies controlled by his family. He was manager of The Bay store at Cloverdale Mall in Etobicoke, and President of Zellers. He founded the real estate firm Osmington Incorporated, owned and operated outside of the Thomson empire. Osmington is a partner in True North Sports and Entertainment, owners of the National Hockey League's Winnipeg Jets and the MTS Centre in downtown Winnipeg, Manitoba.

According to a plan devised decades ago by Thomson Corporation founder Roy Thomson, when Kenneth Thomson died (June 2006), control of the family fortune passed on to David.

"David, my grandson, will have to take his part in the running of the Organisation and David's son, too," Roy wrote in his 1975 autobiography. "With the fortune that we will leave to them go also responsibilities. These Thomson boys that come after Ken are not going to be able, even if they want to, to shrug off these responsibilities."

Thomson's private life is usually kept under cover, except "particularly bitter divorce action against his second wife" which received extensive coverage in Maclean's news magazine but was largely ignored by other media. He is the father of five children: two daughters from his first marriage with Mary Lou La Prairie (w. 1988); one son, Benjamin James Ludwick (March 10, 2006), with his second wife, Laurie Ludwick (w. 2000), born the same day they separated; one daughter with actress Kelly Rowan. He became engaged to actress Kelly Rowan in late June 2007. They broke off their engagement just before Rowan gave birth to their daughter on April 28, 2008. In September 2009, Rowan and Thomson made their first public appearance since their alleged split in early 2008, at the Toronto International Film Festival. He had another daughter named Ottilie (August, 2015) with Sotheby’s head of prints in Europe, Belgian-born Severine Nackers. "Thomson's son from the second marriage, who was born after the couple separated, is the company's designated heir."

Like his mother, David Thomson is a patron of the Art Gallery of Ontario. With the death of his father, he became the 3rd Baron Thomson of Fleet on 12 June 2006, his 49th birthday. He does not use this title in Canada. He is an avid art collector and owns the world's top collection of John Constable.

Thomson has rarely given interviews to the press and maintains a low public profile.

"The only substantial interview he has given was to James FitzGerald, who wrote a book about the elite private school (Upper Canada College) they both attended in Toronto," according to a July 3, 2006 article in The New York Times. "In his comments to Mr. FitzGerald 12 years ago, David had little positive to say about many people in the business world".

In the interview, Thomson said: "When you try to live a more balanced life, traditional businessmen think that you are not a real man. But who is not the real man? You are telling me? You have not taken a weekend with your wife, you have no spare time that you use constructively, you do not have any hobbies, you do not know how to spell Mozart. And here you are telling me that I am weak?" 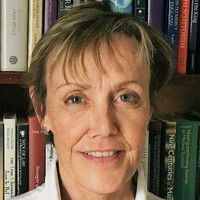