David Maria Sassoli (born 30 May 1956) is an Italian politician and journalist, a member of the Democratic Party. An MEP since 2009, he was elected its President on 3 July 2019.

David Sassoli was born in Florence in 1956. During the 1970s, he graduated in political science at the University of Florence. He began his journalistic career by collaborating with small local newspapers and news agencies, before moving on to the Roman editorial office of the newspaper Il Giorno. He enrolled in the register of professional journalists on 3 July 1986.

In 1992 he became news reporter for TG3 and in the same period he collaborated with Michele Santoro for some tv programs such as "Il rosso e il nero" ("Red and Black") and "Tempo reale" ("Real Time"). In 1996, he hosted the program "Cronaca in diretta" ("Live coverage"). After a few years, he was appointed as anchorman of the TG1, where he became one of the most notable and popular journalists in the country. In 2007, when Gianni Riotta was appointed new director of TG1, Sassoli became his deputy director.

In 2009, Sassoli left his journalistic career to enter politics, becoming a member of the centre-left Democratic Party (PD) and running in the 2009 European Parliament election, for the Central Italy district. On 7 June, he was elected member of the EP with 412,502 personal preferences, becoming the most-voted candidate in his constituency. From 2009 to 2014, he served as PD's delegation leader in the Parliament.

On 9 October 2012, Sassoli announced his candidacy in the primaries for the centre-left's candidate as new mayor of Rome in the 2013 municipal election. He ended up in second place with 26% of votes, behind Senator Ignazio Marino, who got 55%, and ahead of former Minister of Communications Paolo Gentiloni. Marino would be later elected mayor, defeating the right-wing incumbent, Gianni Alemanno.

President of the European Parliament

In his acceptance speech, Sassoli talked about the European project as a dream of peace and democracy. He said European citizens showed that they still believed in the project and talked about being proud of European diversity. He also added that "Europe will be stronger only with a Parliament which plays a more important role".

On 19 December 2019 Sassoli asked for the liberation of Oriol Junqueras, former vice president of Catalonia and recently elected MEP, who was imprisoned after the 2017 Spanish constitutional crisis. As a member of the European Parliament, Junqueras benefits from parliamentary immunity. Sassoli urged the Spanish authorities to comply with the European Parliament ruling.

David Sassoli is married to Alessandra Vittorini, with whom he had two children, Giulio and Livia. He is a fan of ACF Fiorentina, the football team of his hometown.

Moreover, he is an active member of Articolo 21, liberi di... ("Article 21, free to..."), an Italian association, founded on 27 February 2001, which included journalists, writers, directors and lawyers, with the aim of promoting the Constitutional principle of freedom of expression. 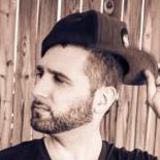 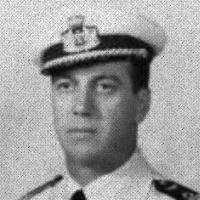