David John Ryall (5 January 1935 – 25 December 2014) was an English stage, film and television character actor. He had leading roles in Lytton's Diary and Goodnight Sweetheart, as well as memorable roles in Dennis Potter's The Singing Detective and Andrew Davies's adaptation of To Play the King. He also portrayed Billy Buzzle in the ITV sitcom Bless Me, Father and Frank in the BBC sitcom Outnumbered.

Born in Shoreham-by-Sea, Sussex, Ryall was educated at Shoreham and Wallington grammar schools. He received a scholarship to the Royal Academy of Dramatic Art in 1962, during which time he won the Caryl Brahms Award for a Musical.

On leaving RADA, he went into repertory work in Salisbury, Bristol, Leicester and Birmingham (including King Lear and The Master Builder) and then into Laurence Olivier's company with the National Theatre at the Old Vic from 1965–73. During this time he was involved with many new and influential plays, including Tom Stoppard's Rosencrantz and Guildenstern are Dead and Jumpers, Peter Shaffer's The Royal Hunt of the Sun and Adrian Mitchell's Tyger. Other work at the National Theatre included Guys and Dolls, The Beggar's Opera, Coriolanus and Animal Farm (for which he won the Clarence Derwent Award in 1985), The School for Wives, Wild Oats, Democracy and The UN Inspector. In 1983 he worked on 'A Matter of the Officers' and Jean Seberg with Julian Barry, who remained a lifelong friend. In 1984 Ryall performed a one-man show of stories and poems by Edward Bond at the NT, entitled A Leap in the Light.

In 1994 he played Feste in Sir Peter Hall's production of Twelfth Night – a performance which was praised highly by Sir Alec Guinness in his autobiography. In 1996–97, working with the Royal Shakespeare Company, he played God in The Mysteries, and Polonius in Hamlet, for which he was nominated for the Helen Hayes Award during its tour of the United States.

He worked with Sir Peter Hall again in the 1999 production of Lenny in the West End, and after that in the 2000 epic Tantalus, in Colorado and the UK. Ryall continued to be a regular face in the theatre, with appearances in Patrick Marber's Don Juan in Soho at the Donmar Warehouse in 2007.

In 2005, Ryall played the role of Winston Churchill in the French television drama Le Grand Charles, based on the life of Charles de Gaulle.

In 2010, Ryall portrayed Elphias Doge in Harry Potter and the Deathly Hallows – Part 1.

Ryall appeared briefly as an old soldier in the BBC Drama Our Girl starring Lacey Turner, in 2013. He was also cast in the BBC Drama The Village, as Old Bert, Britain's oldest man who recounts his long life through a series of flashbacks.

Ryall's last appearance was in Call the Midwife, where he played Tommy Mills. This episode was aired on BBC One on 1 March 2015 and was dedicated to his memory in the closing credits, as was the Christmas 2016 special edition of Outnumbered. 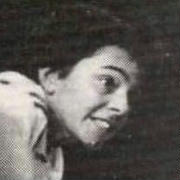 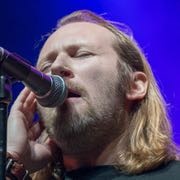