David P. Calleo is an American political scientist, based at the Johns Hopkins University School of Advanced International Studies, where he holds the titles of Dean Acheson Professor and University Professor. He served as director of the SAIS European Studies program for more than 40 years, from 1968 through May 2012. Calleo is a noted American theorist on Europe and its future.

Calleo earned undergraduate and doctoral degrees at Yale University, where he also served as President of the Yale Political Union and was a member of Manuscript Society as an undergraduate.

In his 1978 book The German Problem Reconsidered, Calleo offered a revisionist picture of Imperial Germany, in which he argued that the Second Reich was not an aggressive power, but instead a victim of the sanctimoniousness and envy of other powers. Calleo wrote that "Imperial Germany was not uniquely aggressive, only uniquely inconvenient. Whatever faults and ambitions the Germans had were amply shared by the other major nations of the modern era". Calleo asserted that because of Germany's location in Central Europe, the Germans "lacked the space to work out their abundant vitality", and so because of Germany's geographical location, the drive and vitality of German society made them a threat to others". Calleo claimed that "Modern Germany was born encircled". Calleo claimed that there were many similarities between Imperial Germany and the United States, as both were late-comer powers characterized by huge economic growth and a certain arrogance caused by their success. Calleo argued that the key differences were that the Americans had a "continental backyard" to expand into, whereas the Germans did not. Moreover, the Germans "...lacked the Anglo-Saxon talent for cant". In this way, Calleo claimed that all of the disasters of 20th-century Germany were caused by Germany's geographical circumstances".

In 2001 Calleo published a new landmark book, Rethinking Europe's Future, where he comes back to his 1964 theme. Calleo has consistently argued that Europe will turn protectionist in the face of China and other countries in order to preserve the national welfare state. A theorist of the decline of American power, Calleo sees Europe as an ally to the US but also as a friendly counterweight. A critic of America's "unipolar folly", Calleo fears the consequences of continued belief in a unipolar world, a dysfunctional view he believes America can correct with the help of its European allies. Calleo has also been an early critic of America's "twin deficits" with such books as "The Imperious Economy" and "The Bankrupting of America".

Since 2011 he also acts as Advisor to Fair Observer, an online magazine covering global issues from a plurality of perspectives, on editorial issues with a focus on Europe and the US.

David Calleo is married to Avis T. Bohlen, former ambassador and arms control expert. She is the daughter of Charles E. Bohlen, who was Ambassador to the Soviet Union.

Calleo owns a former farm house on the Italian island of Elba, where he spends his summers researching and hosting friends. 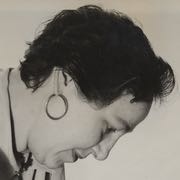