David J. O'Donnell was born on November 20, 1974, in Wellesley, Massachusetts. He is the grandson of Kenneth O'Donnell, Chief of staff for then-President John F. Kennedy.

In 2015, O'Donnell was seen portraying one of the primary characters, of "David," in directors Jake Wilkens and Mark O'Brien's short drama/thriller Wanderer, alongside Georgina Reilly and Mark O'Brien. For the role, he won "Best Supporting Actor in a Short Film" at the 2016 SOFIE Award.

Most recently, in 2020, O'Donnell was seen as "Simon Sawyer" in "Under the Gun" episode of the TV series The Rookie.

O'Donnell is also active as a film producer and screenwriter. In 2011 he produced, wrote, and acted in the television series Handsome Sportz Klub. In 2009, he produced and acted in a short film titled Tomorrow, starring Bodhi Elfman and Eva Mah. His latest project, a short sci-fi film titled Proxy is currently in post-production. The film, with Erika Christensen, Emma Booth, Marcus Coloma in the lead cast, is slated to release in August 2020.

O'Donnell is married to actress Jennifer Aspen since 2 September 2006; they have a child together. 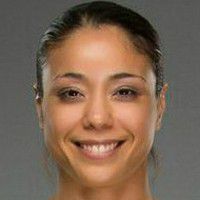