David Lagercrantz (born 4 September 1962) is a Swedish journalist and best-selling author, internationally known as the author of I am Zlatan Ibrahimovic and The Girl in the Spider’s Web, the fourth instalment in the Millennium series originated by Stieg Larsson. He is a board member of Swedish PEN.

David Lagercrantz grew up in Solna, Stockholm. He studied philosophy and religion at university and subsequently graduated from the Gothenburg school of journalism. He began his career as a reporter at regional newspaper Sundsvalls Tidning as crime reporter and continued on to the national daily newspaper Expressen, where he covered some of the major criminal cases of the late 80s and early 90s in Sweden, notably the Åmsele murders, later to become the topic of his book Änglarna i Åmsele.

David Lagercrantz is the son of Olof Lagercrantz and Martina Ruin (daughter of Hans Ruin) and brother of the actress Marika Lagercrantz. He is married to Anne Lagercrantz with whom he has three children.

His breakthrough as a novelist was Fall of Man in Wilmslow, a novel about the British mathematician Alan Turing.,. The response was consistently positive and the book has since sold in over 15 countries languages.

In 2005, Himmel över Everest was released: a fictive narrative of the catastrophe on Mount Everest in 1996 where twelve people died.

In November 2011, David Lagercrantz’s best-selling sports biography I am Zlatan Ibrahimovic was published, with Lagercrantz. The Swedish language edition sold over 500,000 copies in six weeks making it the fastest selling book of all time in Sweden. The biography has today been translated to more than 30 languages. I am Zlatan Ibrahimovic received much attention as it contributed to an increased readership amongst boys and young men. It was nominated for The August Prize in 2012 and The William Hill Sports Book of the Year in 2013. In Financial Times, Simon Kuper called the biography “The best footballer’s autobiography of recent years”.

In December 2013, the Swedish publishing company Norstedts announced that Lagercrantz had been contracted to write the fourth novel in the Millennium series of crime novels, originally by Stieg Larsson (1954–2004). The novel was published on August 27, 2015 and was launched in 27 countries at the same time. It received consistent positive reviews, reached international sales records and landed on the best selling lists all over the world. The novel was designated as one of the year’s best thrillers in 2014 by the magazine Esquire, and nominated to the 2016 Petrona Award in the category of Best Scandinavian Crime Novel of the Year in 2016. The movie rights are held by Sony.

Lagercrantz donated approximately €100 000 of his profits to Läsrörelsen, an organisation working for children’s and youth’s readership.

Board member of Swedish PEN, that fights for persecuted authors over the entire world.

Actively involved in children’s and youth’s readership through Läsrörelsen. 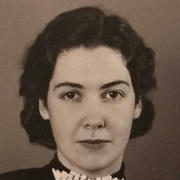 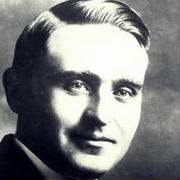