He is best known for his photography, which often references art history and sometimes conveys social messages. His photographic style has been described as "hyper-real and slyly subversive" and as "kitsch pop surrealism". Once called the Fellini of photography, LaChapelle has worked for international publications and has had his work exhibited commercial galleries and institutions around the world.

David LaChapelle was born in Hartford, Connecticut and lived there until he was nine years old. Then he moved to North Carolina with his family, where they lived until he was fourteen, before moving back to Fairfield, Connecticut. He has said to have loved the public schools in Connecticut and thrived in their art program as a child and teenager, although he struggled with bullying growing up. He also attended the North Carolina School of the Arts. His first photograph was of his mother, Helga LaChapelle, on a family vacation in Puerto Rico.

He was bullied in his North Carolina school for being gay. When he was 15 years old, he ran away from home to become a busboy at Studio 54 in New York City. Eventually he returned to North Carolina to enroll in the North Carolina School of Arts.

LaChapelle was affiliated in the 1980s with 303 Gallery which also exhibited artists such as Doug Aitken and Karen Kilimnik. After people from Interview magazine saw his work exhibited, LaChapelle was offered to work for the magazine.

When LaChapelle was 17 years old, he met Andy Warhol, who hired him as a photographer for Interview. Warhol reportedly told LaChapelle "Do whatever you want. Just make sure everybody looks good." LaChapelle's friends during this period included Keith Haring and Jean-Michel Basquiat.

LaChapelle's work has been called "meticulously created in a high-gloss, color-popping, hyper-realistic style", and his photos are known to, "crackle with subversive – or at least hilarious – ideas, rude energy and laughter. They are full of juicy life."

In 1995 David LaChapelle shot the famous 'kissing sailors' advertisement for Diesel. It was staged at the peace celebration of World War II and became one of the first public advertisements showing a gay or lesbian couple kissing. Much of its controversy was due it being published at height of the Don't ask, Don't tell debates in United States, which had led to the U.S. Government to bar openly gay, lesbian, or bisexual persons from military service. In a long article published by Frieze in 1996, the advertisement was credited for its "overarching tone of heavy-handed humor and sarcasm". In September 2011 when the Don't ask, Don't tell law was finally removed by President Barack Obama, Renzo Rosso, the founder and president of Diesel who originally had approved and pushed for the advertisement, said "16 years ago people wouldn't stop complaining about this ad. Now it's (open bi- and homosexuality in the U.S. Military) finally accepted legally."

Themes in LaChapelle's art photography, which he has developed in his Maui home, include salvation, redemption, paradise, and consumerism. It is clear that LaChapelle's moving in this, "new direction highlights his interest and understanding of both contemporary practice and art history".

His photographs have been collected in a number of books. LaChapelle Land (1996) was selected as one of 101 "Seminal Photographic Books of the Twentieth Century" and is "highly valued by collectors". His second book, Hotel LaChapelle (1999), was described as a "garish, sexy, enchanting trip". Heaven to Hell (2006) featured "almost twice as many images as its predecessors", and "is an explosive compilation of new work by the visionary photographer." LaChapelle, Artists and Prostitutes (2006), a limited-edition, signed, numbered book 19.7 inches (50 cm) high and 13.6 inches (35 cm) wide, contains 688 pages of photographs taken between 1985 and 2005. Artists and Prostitutes was published by Taschen and includes a photograph of the publisher Benedikt Taschen in a sadomasochism scene.

In the last decade LaChapelle has returned to a focus on fine art photography and has exhibited his work in several galleries and museums. LaChapelle has had solo museum exhibitions at the Barbican Museum in London (2002), Kausthaus Wien in Vienna (2002), Palazzo Reale in Milan (2007), Museo del Antiguo Colegio de San Ildefonso in Mexico City (2009), the Musee de La Monnaie in Paris (2009), the Museum of Contemporary Art in Taipei (2010), and the Tel Aviv Museum of Art in Israel (2010), in which he was awarded artist of the year. LaChapelle joined permanent acquisitions at both the National Portrait Museum in London and the Bayerische Staatsoper Portrait Gallery in Munich

By 2011, LaChapelle had an exhibition at The Lever House in New York and retrospectives at the Museo Arte Contemporáneo de Puerto Rico, the Hanagaram Design Museum in Seoul, and Galerie Rudolfinum in Prague. In the following years, LaChapelle's works were also exhibited at the Los Angeles County Museum of Art in LA (2012), the Musee d’Orsay in Paris (2013), and the National Portrait Gallery in Washington D.C. (2014). His retrospective at Fotografiska Museet in Sweden (2013), was the largest solo artist show the museum had ever exhibited.

In 2014, LaChapelle exhibited his series, ‘Land Scape’ in New York, Vienna, London, and Paris. Other shows include OstLicht Galerie fur Fotografie in Vienna, Austria, MAC Lima in Peru, Palazzo delle Esposizioni in Rome, and Museo de Arte Contemporáneo in Chile. In 2016 LaChapelle's work was showcased at The Victoria and Albert Museum in London, DSC Gallery in the Czech Republic, at several venues in Montevideo in Uruguay and at the Edward Hopper House in New York.

LaChapelle cites a number of artists who have influenced his photography. In a 2009 interview, he mentioned the Baroque painters Andrea Pozzo and Caravaggio as two of his favorites. Critics have noted that LaChapelle's work has been influenced by Salvador Dalí, Jeff Koons, Michelangelo, Cindy Sherman, and Andy Warhol.

In a New York Times article by Amy M. Spindler, photographer Richard Avedon states "of all the photographers inventing surreal images. It was Mr. LaChapelle who has the potential to be the genre's Magritte." Helmut Newton has also contributed to the discourse on LaChapelle, stating in a NYT article by Cathy Horyn "He [LaChapelle] isn't very impressed by current photography. 'There's a lot of pornographic pictures taken by the young today...A lot of the nudity is gratuitous. But someone who makes me laugh is David LaChapelle. I think he is very bright, very funny, and good'".

His father was Philip LaChapelle and his mother is Helga LaChapelle; he has a sister Sonja and a brother Philip. LaChapelle credits his mother for influencing his art direction in the way she set up scenes for family photos in his youth. LaChapelle is Catholic and often uses religious symbolism in his work.

Then in 2006, the already established LaChapelle abruptly quit the scene. He moved to a "...very isolated part of Hawaii in this forest. It's off the grid, bio-diesel cars, solar-powered, growing our own food, completely sustainable. I thought 'OK, I'm a farmer now.'" LaChapelle's change in path eventually brought him back to his roots. While in Hawaii, a longstanding colleague invited him to shoot for a gallery, which he hadn't done since his days as a fledgling photographer in New York. "I was really shocked", LaChapelle recalled. "I'm so known as a commercial artist, a big name as a fashion and celebrity photographer, I didn't think a gallery will take me seriously. It's like being reborn; it's like rebirth; it's like starting over. It's back to where I started, where I very first started in galleries when I was a kid. It's just come full circle." 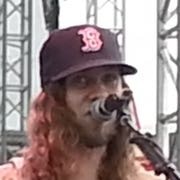 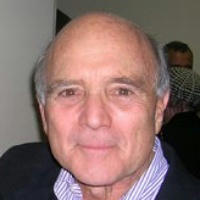 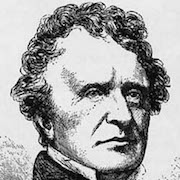