As of 2015, Noah has sold more than 9 million albums in Indonesia only and is recognized as the best selling alternative pop/rock band. Two of their albums are included on the list of Indonesian all time best selling albums at #3 for Bintang di Surga and #6 for Seperti Seharusnya.

In 1997, Andika Naliputra Wirahardja as keyboardist, formed a school band in Bandung, Indonesia. It was called Topi, with Mohammad Kautsar Hikmat as guitarist, Nazril Irham as vocalist, Abel as bass player, and Ari as drummer. They mainly played British alternative rock until Ari withdrew from the group, and Topi broke up.

Andika Naliputra Wirahardja regrouped former members of Topi in 2000. The drummer was replaced by Ilsyah Ryan Reza, a college student from Palu. Loekman Hakim, a friend of Indra's elder brother, joined as their lead guitarist. Andika Naliputra Wirahardja suggested Peterpan as the name for the band referring to Peter Pan, the character created by J. M. Barrie, an author (other names they considered were Spiderman and X-Men). The band was formally founded on September 1, 2000. Peterpan played on Bandung streets and gigged in cafés, with the goal of becoming a house band in one of the city's cafés. They often covered alternative rock and rock songs, (Nirvana, Pearl Jam, Coldplay, U2, Creed, etc.) at O'Hara and Sapu Lidi cafés.

The top major label, Musica Studios, offered Peterpan a contract, and their released debut album, Taman Langit, on June 2003 and since then has sold around 850.000 copies. Their second album, Bintang Di Surga, was released in August 2004, selling 350,000 copies in two weeks. By the end of 2005, it had sold a remarkable 2.7 million copies in indonesia with total estimate of sales reached 3.2 million copies.

Their third album was released in September 2005, the soundtrack for the Rexinema movie, Alexandria. The album was titled OST. Alexandria, and the formal release was covered simultaneously by Indonesia's six top national TV stations. The soundtrack album included five new songs for the film and renditions of five of their songs from Bintang di Surga. This album has sold over 1.2 million copies and became the best selling soundtrack album all of time in indonesian. Peterpan collaborated with veteran Indonesian pop singer, Chrisye, on "Menunggumu", which was then used as the theme song for the Indonesian soap opera, Liontin.

In 2007, the remaining members of Peterpan released the album, Hari Yang Cerah, which failed to sell as well as their debut. In 2008, David Kurnia Albert joined Peterpan as keyboard player.

The agreement under which Andika Naliputra Wirahardja and Hendra Suhendra left the band allowed the remaining members to continue using the name Peterpan through the end of 2008.

In early 2008, the band announced that they would be changing their name, stating that their 2008 studio album, Sebuah Nama Sebuah Cerita, would be their last under the name Peterpan. The album mostly consists of popular hits from the band's history, with four new songs: "Walau Habis Terang", "Kisah Cintaku" (a cover of Chrisye's song), "Dilema Besar", and "Tak Ada Yang Abadi".

Amidst their tight schedule in 2003-2004, which climaxed on July 18, 2004, Peterpan planned to perform in six cities in Indonesia in only 24 hours. The concerts were titled "Konser Breaking Record", listed in Museum Rekor Indonesia (MURI, Indonesian Museum of Record), and included concerts on two Indonesian major islands: Sumatra and Java. The concerts started on July 18 in Medan in North Sumatra Province, Padang, Pekanbaru, Lampung, Semarang in Central Java Province, and finally ended at Surabaya in East Java Province.

2012: Renaming as Noah and Seperti Seharusnya

The band decided to rename itself Noah starting August 1, 2012. The former name Peterpan Band also denoted longevity and everlasting youth as well. To emphasize the change of name promotional materials and some releases were called Noah Known as Peterpan Band.

Ariel, Uki, Reza, Lukman, and David released a new album called Suara Lainnya. It launched in a private concert dubbed as "Konser Tanpa Nama", or the "Concert Without a Name", as they haven't settled on a new name yet. Suara Lainnya is the band's first instrumental album, and it contains 11 tracks. All but one of them were taken from the group's previous albums and recomposed in a different style with some ethnic and classic touches. The group collaborated with other musicians, including a traditional Sundanese music group, Karinding Attack, who added some ethnic flare. The Indonesian violin maestro, Idris Sardi, added a classical touch in "Taman Langit" as did the violinist, Hendry Lamiri, in several other tracks. The instrumental concert is said to be the first of its kind in Indonesia.

On September 15-September 16, 2012, Noah had a concert in Melbourne, Hong Kong, Kuala Lumpur, Singapore, and finally ended in Jakarta. Here, they have broken their second MURI Record: Concert in 2 Continents, 5 Countries in 24 hours, after their first MURI Record: Concert 6 cities in 24 Hours in 2004. At the same day, they also released their new album called Seperti Seharusnya. The album had sold more than 200,000 copies in just 3 days. As of December 2012, the following album had sold more than 1,300,000 copies. By February 19, 2013, Noah received a Multi-Platinum Awards from Musica Studios & Swara Sangkar Emas. Noah included successful musician selling album in KFC, like Ungu, Cinta Laura, Indah Dewi Pertiwi, Agnes Monica, Afgan, Smash, and Rossa. By now, the sales of Seperti Seharusnya has reached 1,9 million copies in indonesia.

In March 2015, Noah announced that they planned a world tour to start on March 21, 2015. The countries that were planned for stops included Malaysia, Singapore, Hongkong, Dubai, Netherlands, United Kingdom, and United States. The United States leg would start in April 2015, beginning in San Francisco and was to include Los Angeles, New York, and Washington DC.

Now, NOAH's fanbase has expanded up to 60 communities in Indonesia, and also including Malaysia, Singapore, Hongkong and Taiwan, mainly known as 'Sahabat NOAH'.

Like the other top musicians in Indonesia, Noah's concerts have encountered problems. On February 22, 2006, at Harapan Bangsa Lhongraya Stadium, at least 30 spectators fainted, most of them were young women. Not only this, this concert violated the law of Shariah Islam has enacted in Kaffah (completed) in Aceh Province (NAD) because the mixing of males and females in the show field.

The riots at concerts not only affect the spectators, but also members of the musical group performing. This happened during Peterpan concert at Bima Stadium, Cirebon, on April 11, 2006. Rocks were thrown by the spectators who had no tickets at the outside of the stadium. As a result, not only dozens of the spectators rushed to the various hospitals due to throwing stones, but also the vocalist, Ariel, who could not escape from the raining rocks. Ariel was struck in the chest before he was secured to the outside of the stadium. As a result of the incident, concert was stopped when Peterpan performed their fifth song's, "Mungkin Nanti", at 20.30 WIB.

In 2010, Ariel was arrested for violating Indonesian anti-pornography laws, when videos which appeared to be himself having sexual intercourse circulated on the internet, after his laptop was reportedly stolen.

In January 2011, Bandung's District Court sentenced Ariel to three and a half years imprisonment after testimonies by digital forensic experts confirmed that Ariel was the male counterpart in the sex tape scandal, involving Luna Maya and Cut Tari, and that he was responsible for the creation of the videos. In April, an appeal to the High Court was rejected, with judges deciding unanimously to uphold the sentence given by the District Court. On 23 July 2012, after serving two years in prison, Ariel was released early for good behaviour. 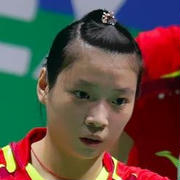 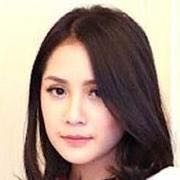 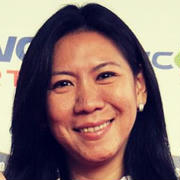