David Kipiani (Georgian: დავით ყიფიანი; 18 November 1951 – 17 September 2001) was a Georgian football midfielder and manager. Kipiani principally played as a playmaker and is considered one of Georgia's greatest players. He was known for his elegant style of play, dribbling ability and passing range.

Kipiani was born in Tbilisi, Georgian SSR. He started playing for the famous 35th School during the early stages of his career. Kipiani was invited to play for Dinamo Tbilisi in 1967. Due to injuries, he was only able to participate in a single appearances for two season. So, Kipiani went to play for another Tbilisi-based club Locomotive Tbilisi.

After a successful season with Locomotive, Kipiani was invited back to play for Dinamo again by Gavril Kachalin. Meanwhile, while playing for Locomotive, Kipiani worked with his future manager Nodar Akhalkatsi, under whose managing he later became one of the key figures of Dinamo Tbilisi, which were among the powerful and successful clubs – presented not only at the highest level of Soviet football but internationally by the end of the 1970s and early 1980s. It was a time of the most significant results in the national championship along with the local and international recognition and notable achievements at various prestigious football tournaments.

During the period between 1975 and 1982 – Kipiani was one of the prominent and unanimously recognized leaders of Dinamo Tbilisi, alongside players such as Manuchar Machaidze, Aleksandre Chivadze, Vladimir Gutsaev and Ramaz Shengelia. Georgian team's impressive success against such great football clubs like Liverpool, Inter Milan, Napoli, West Ham United, Feyenoord and others was mainly determined by their obvious personal and professional talent, unique playing abilities and individual skills, great vision of the game, by their exemplary and complete interactions on the football pitch, where Kipiani was probably the most important, illustrious and exquisite player among others.

Kipiani was capped 19 times for the Soviet Union, between April 1974 and May 1981, scoring seven goals. He made his international debut under manager Konstantin Beskov, in a friendly international match on 17 April 1974 in Zenica, when he was a second-half substitute for Vladimir Fedotov. Kipiani has scored his first international goal just after five minutes into his first debut for Soviet Team, which became the only goal of the match and Soviet Union beat Yugoslavia 1–0. He played his last national team game on 30 May 1981 in a 1982 FIFA World Cup qualifier against Wales.

Kipiani was not given a chance to play in the World Cup finals. Many think his peak was in 1982, but missed the Spain World Cup and quit playing altogether due to a severe leg injury sustained against FC Kuban Krasnodar on 26 April (Round 4).

He died in Tbilisi, Georgia from injuries sustained in a car crash near Tserovani (Mtskheta) on 17 September 2001. He was 49 years old. The Georgian Cup and the stadium in the town of Gurjaani were named after him.

The contents of this page are sourced from Wikipedia article on 09 Mar 2020. The contents are available under the CC BY-SA 4.0 license.
View David Kipiani 's image gallery
Image Gallery 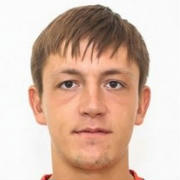 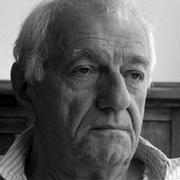