David Kidder (December 8, 1787 – November 1, 1860) was an American politician and a member of the United States House of Representatives from Maine.

He was born on December 8, 1787 in Dresden, Lincoln County, Maine. He pursued classical studies with private tutors, studied law, was admitted to the bar, and commenced practice in Bloomfield. He moved to Skowhegan, Maine in 1817, and thence to Norridgewock in 1821. He was a prosecuting attorney of Somerset County from 1811 to 1823.

He was elected as an Adams-Clay Democratic-Republican to the Eighteenth Congress and re-elected as an Adams candidate to the Nineteenth Congress. He served from March 4, 1823 to March 3, 1827. He was not a candidate for renomination in 1826. He returned to Skowhegan in 1827 and returned to the practice of law. He was a member of the Maine House of Representatives in 1829. He died in Skowhegan, Maine on November 1, 1860. He was interred in Bloomfield Cemetery. 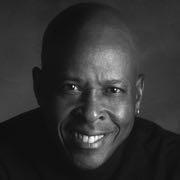