David Hutchinson (born 28 May 1988) is a British theatre producer and director. and is co-founder and Executive Creative Producer of Selladoor Worldwide, with Phillip Rowntree as the Executive Commercial Producer.Sell a Door Theatre Company

Hutchinson attended the Liverpool Institute for Performing Arts 2006 to 2009 and graduated with a BA (Hons) in Acting.

In 2010 he directed the UK tour of Dracula at twelve venues across Scotland, and in 2012 directed a co-production between Sell a Door Theatre Company and Mull Theatre of Arthur Miller's The Man Who Had All the Luck which toured across Scotland and London.

Hutchinson produced the debut UK Tour of Spring Awakening the Musical touring to the Exeter Northcott Theatre, Manchester The Lowry, Stirling MacRobert Arts Centre, Greenwich Theatre and Norwich Playhouse. He produced the debut West End production of Seussical at the Arts Theatre, London in December 2012. He went on to produce the 2014 tour of Avenue Q touring 32 venues in the UK, Ireland and Hong Kong

In 2014, as Sell A Door Theatre Company, David produced their first UK Tour of the popular musical Avenue Q. Due to the demand and success from their production it completed another UK Tour throughout 2015 and 2016.

In 2015, David Hutchinson directed the world premiere of Jo Clifford's Jekyll and Hyde based on Robert Louis Stevenson's gothic classic at the Greenwich Theatre followed by a thirty-three venue tour across the UK.

In 2016 David Hutchinson and co-founder Phillip Rowntree continued to expand the company in size, borders and targets, rebranding the company to Selladoor Worldwide. Sell A Door Theatre Company had established themselves as an integral part of the regional theatre landscape in the UK and Ireland, but David Hutchinson and Phillip Rowntree aspired to expand further afield and therefore to produce and tour theatre not only in the UK, but worldwide.

Along with UK Tours of Footloose, Flashdance The Musical, Spamalot, and The Crucible, David Hutchinson and Phillip Rowntree, as Selladoor Worldwide produced their first International Tours in 2017, including Jersey Boys and The Producers. Collectively in 2017 Selladoor Worldwide’s productions performed in 8 different countries.

David Hutchinson is also co-founder of I AM Marketing, alongside Louis Hartshorn, a marketing company that provides specialist marketing, press and communications support to the arts sector.

David sits on the board of the New Wolsey Theatre, Ipswich since 2016.

David is associate director of the Brooklyn Youth Company in New York City.

An adaptation of Ben Macintyre’s Novel ‘A Foreign Field’ – An extraordinary story of love, duplicity and shame.
Book written by Ludovic-Alexandre Vidal and Music written by Julien Salvia

By Sam McBratney, Adapted by Anna Fox
In early 2017 it performed at Greenwich Theatre and Portsmouth King’s Theatre before touring to the Middle East in Spring. Culminating with an extended run at the Arts Theatre in London at the end of 2017. In 2018 Guess How Much I Love You goes on to enjoy a Far East tour along with a larger tour of the UK.

By Lewis Carroll, Adapted by the company
Greenwich Theatre

Book by David Hutchinson, Lyrics by Katy McIvor and Music and Lyrics by David Wilson
5 venue UK tour, including performances at Greenwich Theatre and Edinburgh Festival

Book by David Hutchinson, Lyrics by Paddy Clarke and Music by Michael Bradley

In 2017 David Hutchinson and Phillip Rowntree for Selladoor Worldwide opened two international offices, one in New York and the second in Bangkok.

The New York office is located in Midtown Manhattan and managed by Carl Vorwerk, who opened The Very Hungry Caterpillar for Selladoor Worldwide at the DR2 Theater in Union Square in September 2017.

David saw great potential in the Bangkok’s developing cultural market, and explained that he wants ‘to be in there first and develop those relationships.” Therefore David opened the Asia Pacific office located in Bangkok in December 2017, which is managed by Peevara Kitchumnongpan. As David continues to open doors to the world and make theatre accessible across the globe, he is currently in the process of opening a Spanish Office in Madrid with Juan Carlos Orihuela. 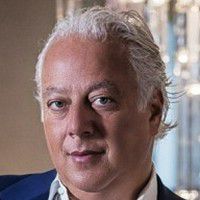 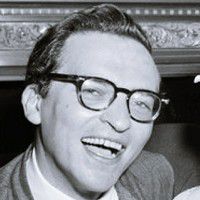 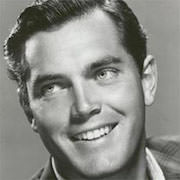 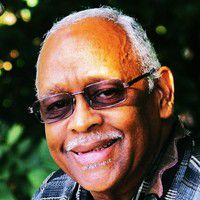