David Hawthorne (born May 14, 1985) is a former American football linebacker. He was signed by the Seattle Seahawks as an undrafted free agent in 2008. He played college football at TCU.

Hawthorne received his first start ever in Week 3 of the 2009 season in place of the injured Lofa Tatupu. Hawthorne recorded a combined 16 tackles and 1 interception. Tatupu then returned from injury but was shortly fallen again, this time being sidelined for the season. Hawthorne started from Week 8 for the rest of the 2009 season and recorded 117 tackles, 4 sacks, 2 forced fumbles and 3 interceptions.

On December 1, 2011, he returned an interception 77 yards against the Philadelphia Eagles in the 4th quarter.

The contents of this page are sourced from Wikipedia article on 20 May 2020. The contents are available under the CC BY-SA 4.0 license.
View David Hawthorne 's image gallery
Image Gallery 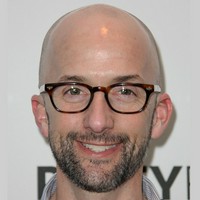