Lieutenant General David Holmes Huntoon, Jr., USA completed a 40-year military career serving as the Superintendent of the U.S. Military Academy at West Point, New York. He commanded West Point from July 15, 2010 until July 15, 2013, and retired from the Army on November 1, 2013. During his time in uniform, Huntoon served in infantry, planning, operations, training, strategy, and leader development positions, and commanded organizations from Platoon level to Army Major Command. Throughout his military career, Huntoon had alternating assignments between operational and leader development postings, and he gained a reputation as a highly skilled and innovative educator and a soldier-focused commander. He is the only Army general officer to have led the U.S. Army Command and General Staff College, the U.S. Army War College, and the U.S. Military Academy. Huntoon has unique experience in leader development in the U.S. military, and significantly influenced leader development programs in the U.S. Army as a general officer. As a Major, Huntoon wrote principal elements of the U.S. operational plan for the U.S. invasion of Panama (1989), and was a lead planner in the XVIII Airborne Corps plan for Operation Desert Storm (1990-1991).

David Huntoon was the son of a career U.S. Army Officer. Following his graduation from the United States Military Academy at West Point, he served as an Infantry Officer from 1974-1986 in a series of command and staff assignments in the United States and Germany. Following attendance at the Command and General Staff College and the School for Advanced Military Studies at Fort Leavenworth, Kansas, he served at XVIII Airborne Corps, Fort Bragg, North Carolina. There he was deployed as a Senior War Plans Officer for Operation Just Cause and Operations Desert Shield and Desert Storm. From 1992-1994, he commanded a mechanized infantry battalion at Camp Casey, Korea, and served in Combined and Joint Plans for the Combined Forces Command and United Nations Command in Seoul. From 1994-1995, he was the Army's National Security Fellow at the Hoover Institution, Stanford University. He then took command of the 3rd U.S. Infantry Regiment (The Old Guard). Following his service as the Executive Officer to the Chief of Staff of the U.S. Army, he was selected as an Army brigadier general, serving as a flag officer for the next thirteen years. His general officer assignments were as Assistant Division Commander of the 1st Cavalry Division, Fort Hood, Texas; leadership of the U.S. Army Command and General Staff College; Director of Strategy, Plans and Policy for the US Army; Commandant of the U.S. Army War College; and Director of the Army Staff in the Pentagon.

Prior to his final assignment as the U.S. Military Academy Superintendent, Huntoon served as the Director of the U.S. Army Staff in the Pentagon, and as the Commandant of the U.S. Army War College. As the Director of the Army Staff he was responsible for the direction, supervision, and coordination of the Headquarters of the Army Staff in direct support of the vision of the Secretary of the Army and the Chief of Staff of the Army. He oversaw the planning, coordination and implementation of the $240B Army budget, and policies and programs in support of a military and civilian workforce of 1.1M, in a time of major fiscal and personnel change in the Department of Defense. Huntoon planned and coordinated a restructuring of the Headquarters, Department of the Army in the Pentagon, aimed at reducing spaces and increasing efficiency in internal and external strategic communications. He also served as a principal Army spokesman in Strategic Communications engagements via all forms of multimedia, with Members of Congress and their professional staff, and multiple national and international military and civilian organizations.

As the Commandant of the U.S. Army War College, Huntoon was responsible for directing the leader development of its 400 senior US military and civilian leaders, and international officers from 50 nations, all competitively selected for future strategic leadership, managing a budget of $200M. Huntoon restructured the vision, mission, and curriculum of the War College, bringing change to the major elements of the graduate degree producing Strategic Studies program. During that service he was selected by Chief of Staff, US Army to lead a Task Force on Officer Leadership Development, redesigning Army officer personnel plans and policies for military’s complex future. Major elements eventually adopted and in place today include Army officer peer reviews and a new leader development program affecting 10,000 senior officers. He also led the Transition Teams of two US Army Chiefs of Staff.

In his last assignment he was the 58th Superintendent of the U.S. Military Academy at West Point. He successfully led the education, training and leader development of the Nation’s most senior, largest and most highly ranked service academy with responsibility for 16,000 acres, a $400M budget, 5,000 personnel, and a highly educated and skilled military and civilian workforce. He measurably strengthened all academic and military programs in the context of a 25% percent reduction in Army funding by focusing on mission essential requirements and core excellence. Huntoon re-engineered the command vision and priorities, reinforced in a groundbreaking and innovative strategic master plan. Huntoon led the development of the first West Point Leader Development System, which established responsibility and measurable accountability for leadership across the entire organization and in key external audiences. Huntoon was selected by the Chief of Staff of the Army to co-chair a Task Force on Officer Leader Development with led to substantive outcomes implemented across the service. He led the planning, development and implementation campaign for the first new cadet barracks at West Point in over forty years; the largest single military construction project in the Army at $183M. He achieved an additional $51M in annual sustainment, restoration, and modernization funding for each of the next nine years to significantly improve the quality of life in all cadet housing. 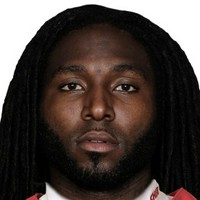 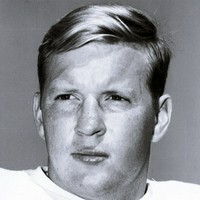