David Osborne (born June 1, 1951) is an American author and consultant. He is the author or co-author of six books, one of which was a New York Times best seller. He served as a senior advisor to Vice President Gore in 1993, helping to lead an effort to reform the federal government. He is currently director of the Progressive Policy Institute’s project on Reinventing America’s Schools, and his first novel will be published in 2017.

Off and on since 1990, Osborne has served as a senior fellow at the Progressive Policy Institute (PPI) in Washington, D.C. In late 2014, Osborne was appointed director of a PPI project on Reinventing America’s Schools, which focuses on reforming the public school system to treat every public school like a charter school. The project is financially supported by the Walton Family Foundation, the Broad Foundation, and the Arnold Foundation.

As director of this project, Osborne authors reports and articles about education reform and hosts conferences and forums. He is also writing a book on education reform. His writing on education for PPI is available at the Progressive Policy Institute’s website, www.progressivepolicy.org, and at his blog at U.S. News.

Osborne has authored or co-authored five books: The Price of Government (2004); The Reinventor's Fieldbook (2000), Banishing Bureaucracy (1997), Reinventing Government (1992), and Laboratories of Democracy (1988). He has also written articles for The Washington Post, The Atlantic, The New York Times Magazine, Harper's, The New Republic, Governing, Education Week, and other publications.

Osborne's first book, Laboratories of Democracy, argued that states were pioneering new education, economic development, health care, housing, welfare and other policies as a response to the dramatic change from an industrial economy to a knowledge-based, information-age economy. Reinventing Government, co-authored with Ted Gaebler, described how public sector institutions across America were transforming the bureaucratic models they had inherited from the past and, thereby, creating more flexible, creative, and entrepreneurial systems and organizations. In his next book, Banishing Bureaucracy, Osborne and his co-author Peter Plastrik described the most powerful strategies to create such organizations. The sequel, The Reinventor's Fieldbook, provided "how-to" information on 75 different tools reinventors could use, from performance management and customer service standards to competitive bidding and labor-management partnerships. In his fifth book, The Price of Government, Osborne applied many of these concepts to the fiscal crisis plaguing the public sector at that time. Osborne and his co-author, Peter Hutchinson, argued that the fiscal crisis would linger with the U.S. for decades to come.

In 1994, Osborne joined the Public Strategies Group, a consulting firm created to help public organizations improve their performance. Osborne served as senior partner for that organization from 1994 through 2014. He worked with large and small governments from cities, counties, and school districts to states, federal agencies, and foreign governments. In that role, he gave speeches on reinventing government in many countries and advised presidents, ministers, governors, mayors, city managers, school superintendents, and other public sector leaders.

Much of Osborne's work on reinventing government is available at his website, www.reinventgov.com.

Currently he is President of the Institute for Excellence in Government, a not-for-profit organization that provides consulting and other services to public sector leaders. Since 1998, he has been a member of the National Selection Committee for Harvard University's Innovations in American Government Awards.

From 1998-99, he served as a member of the Education Commission of the States' National Commission on Governing America's Schools.

David is the author of a forthcoming novel to be published by Bloomsbury Publishing in February 2017. The Coming is an epic novel of Native/White relations in North America, told through the life of Daytime Smoke—a real historical figure, the red-haired son of William Clark and a Nez Perce woman. The novel begins in 1805, as Lewis and Clark stumble out of the Rockies, on the edge of starvation. The Nez Perce feed the explorers and help them build canoes and navigate the rapids of Columbia, then spend two months hosting them the following spring, before leading them back across the snowbound mountains.

This marks the beginning of a deep and lasting friendship between the two cultures. The Nez Perce befriend American fur trappers, invite missionaries, and even help the U.S. in its wars with neighboring tribes. But when gold is discovered on Nez Perce lands in 1860, it sets an inevitable tragedy in motion. Seventeen years later, when the U.S. military forces all Nez Perce bands onto a reservation, the last great Indian war breaks out.

Daytime Smoke's life spanned the seven decades between first contact and defeat of the Nez Perce. The Coming thus captures the trajectory experienced by so many Native peoples: from friendship and cooperate to betrayal, war, and genocide. With a large cast of characters and a vast geography, the novel braids historical events with the drama of one man's life. Rigorously researched and cinematically rendered, The Coming is a page-turning historical novel. 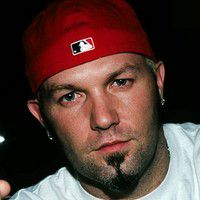