Bryant was born at Wandsworth in October 1950 and later studied at Pembroke College, Oxford. While studying at Oxford, he played first-class cricket for Oxford University on six occasions in 1970 and 1971. A right-arm fast-medium bowler, he took 8 wickets at an average of 52.87, with best figures of 3 for 40. Batting, he scored 19 runs with a high score of 6 not out. 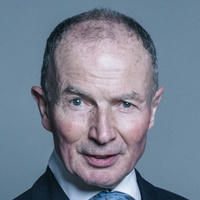 Mayor of London and Member of Parliament