David Bowers is a British film director and screenwriter, originally from Stockport, Greater Manchester, in the United Kingdom.

Bowers studied fine art at Chester School of Art and animation at West Surrey College of Art and Design. His first job was on Who Framed Roger Rabbit as an inbetweener under director Richard Williams.

After Roger Rabbit, Bowers worked at Cosgrove Hall on the cult favourite television shows Danger Mouse and Duckula before moving to London to work for Steven Spielberg's Amblimation studio. He worked as an animator on An American Tail: Fievel Goes West before going freelance to work on advertisements and features. Bowers later returned to Amblimation to work on early story development and as a supervising animator on Balto.

With the founding of DreamWorks Animation, Bowers moved to Glendale, California, to work as a story artist on The Prince of Egypt and The Road to El Dorado. It was during this period that he met Aardman's Nick Park and Peter Lord, who asked him to help storyboard Aardman's first feature-length film, the critically acclaimed Chicken Run. He was ultimately credited as storyboard supervisor.

After Chicken Run, Bowers moved between Los Angeles and Bristol, United Kingdom, working on several DreamWorks and Aardman projects, including the hit CG animated comedy Shark Tale and the Oscar winning Wallace & Gromit: The Curse of the Were-Rabbit, before directing his first feature Flushed Away with Sam Fell.

He wrote/directed a big screen adaptation of Osamu Tezuka's classic Astro Boy for Imagi Animation Studios and Summit Entertainment, that was released in October 2009.

Bowers was developing a live-action film adaptation of the popular Nickelodeon show Rugrats for Paramount Pictures, under the production of Paramount Players for a 2021 release before being pulled in November 2019.

The contents of this page are sourced from Wikipedia article. The contents are available under the CC BY-SA 4.0 license.
View David Bowers 's image gallery
Image Gallery 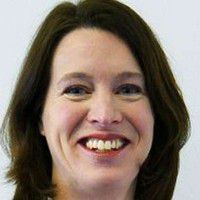