David Muldrow Beasley (born February 26, 1957) is an American politician who is the Executive Director of the U.N. World Food Programme. Beasley served one term as the 113th Governor of South Carolina from 1995 until 1999, as a member of the Republican Party.

Beasley served as a member of the House from 1979 until 1995, rising through the party ranks to become Majority Whip. He served as the youngest Speaker pro tempore and Majority Leader in the nation, being elected to the position from 1987–1989. It was during the 1991–92 legislative session that Beasley switched to the Republican Party. During the 1994 election for governor, both Beasley and his Democratic opponent Lieutenant Governor Nick Theodore had tough primary fights within their own respective parties. Beasley, however, beat his toughest competitor, former Congressman and State Senator Arthur Ravenel, Jr., in both the primary and run-off, and went on to win the general election by a narrow margin of 50%–48%.

During his term as governor, Beasley was known for injecting his Christian faith into the public discourse.

In 1998, Beasley was defeated in his bid for re-election by Democrat Jim Hodges, 53-45 percent. There are several reasons for Beasley's surprising loss in a state that has since become heavily Republican.

First, owners of video poker machines, which were legal in South Carolina at the time, poured millions of dollars into advertisements attacking Beasley for trying to ban video poker. Second, Beasley changed his position on keeping the Confederate flag on top of the Capitol. He ordered it moved to a place nearby on the capitol grounds. Many descendents of those who fought in the Confederate Army remembered this supposed "flip-flop" on Election Day, and simply stayed home. Third, Beasley opposed a proposal for the state to support all-day kindergarten, a decision which cost him Democratic votes

Following his term as governor, Beasley was invited as a fellow at the Harvard University Kennedy School of Government in Cambridge, Massachusetts. In 2003, Beasley was awarded the John F. Kennedy Profile in Courage Award by U.S. Senator Ted Kennedy (D-Massachusetts) for his controversial request to the South Carolina legislature to remove the Confederate flag from the South Carolina state house dome.

In April 2005, Governor Beasley, along with his administration's former Chief Legal Counsel, Henry Deneen, incorporated the Center for Global Strategies, Ltd (CGS). CGS focuses on developmental initiatives in the non-integrated world. Governor Beasley serves as the Chairman of the Board.

In 2011, Beasley became a member of the board of the Peace Research Endowment.

In February 2017, United States Ambassador to the United Nations Nikki Haley nominated Beasley to be the next Executive Director of the World Food Programme. United Nations Secretary-General António Guterres and U.N. Food and Agriculture Organization José Graziano da Silva appointed Beasley to the post in March 2017, saying the former governor brought "extensive experience with key governmental and business leaders and stakeholders around the world, with very strong resource mobilisation skills."

Beasley is married to the former Mary Wood Payne and is the father of four children. Beasley currently resides in Society Hill, South Carolina, located in Darlington County. 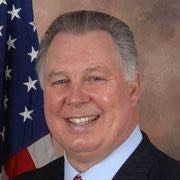