In 2007, Baria was elected to the Mississippi Senate. He attributes his initial call to public service to seeing and experiencing the devastation wrought by Hurricane Katrina. Baria represented the 46th District from 2008-2011. The American Lung Association and the American Federation of Teachers awarded Baria with selective legislative awards for his work in the Senate.

Baria ran for the Mississippi House of Representatives seat in 2011, and defeated his challenger. Baria filled the spot of J. P. Compretta. Baria represents District 122, Hancock. Baria is a member of six different committees: Agriculture, Gaming, Judiciary A, Judiciary En Banc, Marine Resources, and Ports, Harbors, and Airports. Baria was selected as one of three Democratic Floor Leaders for the Mississippi House Democratic Caucus in 2012. After a contentious election in 2015, David Baria was reelected to represent District 122.

During Baria's 2011 Mississippi House of Representatives campaign, the Advance Mississippi PAC, a proponent of the Republican candidate, Dorothy Wilcox, sent out direct-mail campaign material with inaccurate information about his voting record. The PAC falsely accused Baria of voting to raise his pay and raise taxes on food. Baria also contended that the PAC falsely accused him of taking money from his clients. Baria filed a defamation suit against the PAC. Baria stated, "It's not illegal to run a negative campaign, or to make fun of people. I don't like that, but it's not illegal. But we do have laws saying you cannot publish lies about people. These PACs are going to push the envelope as far as they can, and somebody needs to hold them accountable."

However, Baria stated that he was willing to dismiss the case if the PAC published an apology. The executive director of the Advance Mississippi PAC, Steve Simmons, and the PAC's treasurer, Randy Stephens, issued a full-page advertisement to apologize to Representative Baria. The ad read: "On behalf of themselves individually and the PAC offer their sincere apology to Rep. David Baria, D-Bay St. Louis, for their publication of false and defamatory ads during the 2011 legislative campaign." The ad was placed in two coastal newspapers.

David Baria is married to Marcie Baria. They have four children: Darden (deceased 2005), Merritt, Bess, and Max. Baria is an avid sportsman and enjoys fishing and boating with his family. His other hobbies include "sports, music and being around optimistic people." 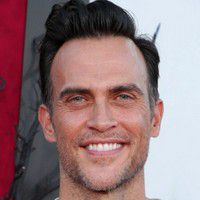