David B. Haight
The basics

David Bruce Haight (September 2, 1906 – July 31, 2004) was the oldest member of the Quorum of the Twelve Apostles in the history of The Church of Jesus Christ of Latter-day Saints (LDS Church).

Haight was born in Oakley, Idaho, on September 2, 1906, the son of Hector Caleb Haight and Clara Josephine Tuttle. Hector was the son of Horton D. Haight, who had been involved in many trips in the Mormon trek and served as the first president of the LDS Church stake that included Oakley. David's maternal grandfather, Norton Ray Tuttle, was the first bishop of Tooele, Utah.

Haight was married to Ruby M. Olson (1910–2004). He was the father-in-law of businessman and philanthropist Jon Huntsman, Sr., through Haight's daughter, Karen, and grandfather of the former governor of Utah and former U.S. Ambassador to China, Jon Huntsman, Jr.

Haight served as mayor of Palo Alto, California from 1959 to 1963, and was the owner of the Palo Alto Hardware store. When he was called as president of the LDS Church’s mission in Scotland he resigned as mayor of Palo Alto, over the objections of the city council. In addition to his service as mission president, he served in the church as president of the Palo Alto Stake and a regional representative. He was called as a general authority, as an Assistant to the Quorum of the Twelve Apostles, in April 1970. He also served as a special assistant to the president of Brigham Young University.

The vacancy in the church's Quorum of the Twelve, from the death of Hugh B. Brown in December 1975, was filled by Haight. He was ordained an apostle on January 8, 1976.

Haight died the morning of July 31, 2004, of causes incident to age, having attended the funeral of his Quorum of the Twelve colleague, Neal A. Maxwell, four days earlier. Dieter F. Uchtdorf and David A. Bednar were called to fill the vacancies created by the deaths of Maxwell and Haight. Haight's funeral service was held in the Salt Lake Tabernacle and he was interred at Wasatch Lawn Memorial Park Cemetery in Holladay, Utah.

Media related to David B. Haight at Wikimedia Commons 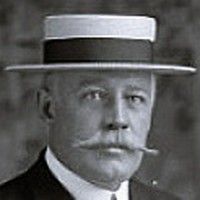