Gahan's albums as a solo artist are Paper Monsters (released 2003) and Hourglass (2007). In 2012 and 2015 he also contributed lyrics and sang lead vocals on the Soulsavers albums The Light the Dead See and Angels & Ghosts.

Gahan was born as David Callcott on 9 May 1962 into a working-class family, to parents Len Callcott (a bus driver of Malaysian British ancestry) and his wife Sylvia (a conductress or "clippy" on London buses), Dave was only six months old when his father left the family. Sylvia and Len divorced two years later and his mother moved Dave and sister Sue (born 1960) to Basildon, Essex, after Sylvia met and married her second husband Jack Gahan (an administrator with Shell Oil). The Gahan family continued to grow with the birth of two more half-brothers Peter (born 1966) and Phil (born 1968). Dave and Sue were raised under the impression that their mother's second husband, Jack, was their natural father.

When Gahan was 9 years old, his stepfather died. His father showed up again when he was 10. "I'll never forget that day. When I came home from school, there was this stranger in my mum's house. My mother introduced him to me as my real dad. I remember I said, that was impossible because my father was dead. How was I supposed to know who that man was? From that day on, Len often visited the house, until one year later he disappeared again, forever this time."

While attending Barstable School on Timberlog Close in Basildon, Gahan started playing truant, got into trouble with the police, was suspended from school and ended up in juvenile court three times for offences ranging from joyriding and graffiti to criminal damage and theft. He enjoyed the thrill of stealing cars, driving them around, and setting them alight. Gahan tells of the time: "I was pretty wild. I loved the excitement of nicking a motor, screeching off and being chased by the police. Hiding behind the wall with your heart beating gives you a real kick – 'will they get you?'". In his final year at school, he applied for a job as an apprentice fitter with North Thames Gas. He was told by his probation officer to be honest with the interviewer, and as a result, he admitted his criminal record but claimed he was a "reformed character." As a result, he did not get the job which, he claimed, led to him trashing his probation officer's office. His punishment was spending Saturdays for a number of weeks at an attendance centre in Romford for one year. Gahan recalls: "You had to work. I remember doing boxing, stuff like that. You had to have your hair cut. It was every weekend, so you were deprived of your weekend and it seemed like forever. I was told very clearly that my next thing was detention centre. To be honest, music saved me."

In March 1980, Martin Gore, Andy Fletcher and Vince Clarke formed the band Composition of Sound, with Clarke on vocals and guitar, Gore on keyboards and Fletcher on bass. Clarke and Fletcher soon switched to synthesizers. The same year, Gahan joined the band after Clarke heard him perform David Bowie's "Heroes." The band was soon renamed Depeche Mode, a name suggested by Gahan after he had come across a fashion magazine called Dépêche-mode. A new wave/synthpop pioneer of the early 1980s, Depeche Mode have released 14 studio albums, four greatest hits compilations and two remix albums. The band has achieved global sales in excess of 100 million records. Four of the band's singles have reached number one on Billboard's Alternative Songs chart: "Enjoy the Silence" (1990), "Policy of Truth" (1990), "I Feel You" (1993), and "Walking in My Shoes" (1993).

In a 2003 interview, Gahan shared that "During the making of Exciter, sometimes I felt a bit frustrated that there was a lack of experimentation." This led him, in 2004, to tell his bandmates that he wanted to write half of the songs on their next album, and there was "no way" he could be involved in the band without contributing as a songwriter. Eventually, there was a compromise, and three of Gahan's songs appeared on 2005's Playing the Angel: "Suffer Well" (nominated for a Grammy award), "I Want It All" and "Nothing's Impossible." "Suffer Well" was released as a single in 2006, reaching No. 12 in the UK. Gahan also wrote the lyrics to the B-side "Oh Well", although the music was written by Martin Gore. It was their first writing collaboration.

Gahan's persona onstage is influenced by Dave Vanian, frontman of The Damned.

In 2003, Gahan released his first solo album, Paper Monsters (which he co-wrote with guitarist and friend Knox Chandler), followed by the Paper Monsters Tour (including a performance at 2003's Glastonbury Festival), singing both his new solo tracks and Depeche Mode fan favourites. The album was a moderate success. The first single "Dirty Sticky Floors" hit the Top 20 in the UK Singles Chart. The album became a Top 10 hit on the European album chart and a Top 40 hit in the UK Albums Chart.

In 2007, Gahan announced he was working on a new album via a video greeting for Depeche Mode's official website recorded at the 2007 MusiCares Charity event on 11 May. The album, entitled Hourglass, was accompanied working by Andrew Phillpott and Christian Eigner. The material was recorded at Gahan's 11th Floor Studios in New York City. According to Gahan, Hourglass is more electronic-sounding than Paper Monsters. The album made the UK Top 50, the French Top 20 and narrowly missed going to No. 1 in Germany. The first single to be pulled from Hourglass was "Kingdom".

In July 2007, Side-Line magazine revealed that Gahan had been working with Thomas Anselmi on a project called Mirror, which was produced by Vincent Jones. Along with Jones, who played with Gahan's touring band and mixed the live DVD Live Monsters, Mirror featured another Gahan collaborator, Knox Chandler (Siouxsie & the Banshees, the Psychedelic Furs), as well as piano by Bowie favourite Mike Garson, and a monologue by Warhol superstar Joe Dallesandro. Gahan sang vocals on the track "Nostalgia". The song was released in October 2008, and the album released via download at the start of 2009. He also appeared in the accompanying video for the song.

Gahan also contributed vocals to a track called "Visitors", after walking in while producer and ex-Clor guitarist Luke Smith was working on the song in his New York studio. The song was released under the artist name of frYars.

Gahan is the lead singer and lyricist on Soulsavers' fourth studio album The Light the Dead See. The album was released on 21 May 2012.

Gahan sings and plays harmonica on "Low Guns", the first single from the 2014 album The Morning After by English band SixToes. The single was released on 18 November 2013. The SixToes remix of "Jezebel" was released on the special edition of Sounds of the Universe in 2009. Members of SixToes also collaborated with Soulsavers, on the album The Light the Dead See.

In 2017 Gahan featured on Null + Voids song "Where I wait" from the album Cryosleep where the song features three times in different remixes.

In 2018, a remix of the Goldfrapp single "Ocean" featuring guest vocals from Gahan was released as a digital download on 21 May 2018. Regarding the collaboration, the Goldfrapp issued a statement: "Working with Dave Gahan on the new version of 'Ocean' had been a real honor for us as a band."

In 2021, Gahan contributed a cover of the Metallica song "Nothing Else Matters" to the charity tribute album The Metallica Blacklist. On November 12, 2021, Gahan released an album of covers called Imposter with Soulsavers.

Gahan has lived in New York City since 1997. He lives with his third wife, Jennifer Sklias Gahan; their daughter; and Jennifer’s son from a previous relationship, whom Gahan officially adopted in 2010. Gahan also has a biological son named Jack from his first marriage to Joanne Fox. Gahan's marriage to his second wife, Teresa Conroy, a former Depeche Mode publicist, lasted four years.

Gahan is a convert to the Greek Orthodox Church. In a 2008 interview, he explains his religious faith in the following words: "When it comes to religion, it’s very confusing and always has been for thousands of years and probably will be for thousands of years more. I don’t know what it is I believe in, but I know that I feel a sense of some kind of higher power, for lack of better words."

Gahan is a recovering heroin addict. He has survived four brushes with death, living up to the nickname "The Cat", which paramedics gave him during his roughest years in Los Angeles. In October 1993, Gahan suffered a minor drug-induced heart attack during a performance in New Orleans, leaving his bandmates to improvise an encore without him. In August 1993, he attempted suicide by slashing his wrists; in August 1995, Gahan said it was a "cry for help", and had "made sure there were people who might find me".

On 28 May 1996, Gahan overdosed on a speedball at the Sunset Marquis Hotel in Los Angeles, which resulted in his heart stopping for two minutes until he was revived by paramedics. He said he had an out-of-body experience: "All I saw and all I felt at first was complete darkness. I've never been in a space that was blacker, and I remember feeling that whatever it was I was doing, it was really wrong. Then the next thing I remember was seeing myself on the floor, on the steps outside my hotel bathroom, and there was a lot of activity going on around me ... In some ways it was very liberating. Then I came to and a cop was handcuffing me. It certainly wasn't a place I'd like to visit again." Several months later, after facing drug charges, Gahan sought help at a rehabilitation center.

On 12 May 2009, shortly before Depeche Mode were due onstage in Athens, Greece, for a concert for their Tour of the Universe, Gahan fell ill in his dressing room. He was rushed to hospital where it was suspected he was suffering from a bout of gastroenteritis. An ultrasound revealed a malignant tumor in his bladder, which was removed. Several shows were postponed and Gahan underwent cancer treatments during the remaining three months of the tour.

Gahan suffered a torn calf muscle while performing in Bilbao, Spain, on 9 July 2009, resulting in two further cancellations. After a two-week break, he and Depeche Mode returned to the tour for their North American leg. While performing in Seattle on 10 August 2009, Gahan strained his vocal cords. Doctors ordered Gahan complete vocal rest, resulting in two more cancelled shows.

In May 2011, Gahan was honored at the seventh annual MusiCares MAP Fund Benefit Concert in Los Angeles for more than 10 years of sobriety.

The contents of this page are sourced from Wikipedia article on 22 Nov 2021. The contents are available under the CC BY-SA 4.0 license.
View Dave Gahan 's image gallery
Image Gallery 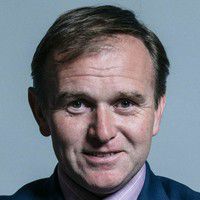 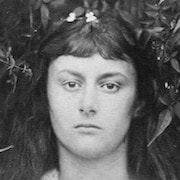 Basis of the character in "Alice in Wonderland"