Daryl "Chill" Mitchell (born July 16, 1965) is an American actor. He is known for such roles as Dexter Walker on The John Larroquette Show, Tommy Webber in Galaxy Quest, Leo Michaels on Veronica's Closet, Eli Goggins III on Ed, and Patton Plame on NCIS: New Orleans.

Mitchell was born in The Bronx, New York to a secretary mother and a bus driver father. He grew up in Wyandanch.

After a career in hip hop in the 1980s with Groove B. Chill, Mitchell had considerable success as an actor, appearing in House Party and its sequel, Sgt. Bilko, Galaxy Quest, 10 Things I Hate About You, and the TV sitcoms The John Larroquette Show and Veronica's Closet. He has also made appearances in the sitcom Becker, and in The Game and Desperate Housewives. In 2009, he co-starred in the short-lived sitcom Brothers. Since 2014 he has starred in NCIS: New Orleans as recurring-turned-main character Patton Plame, a computer specialist for NCIS. In 2018, he joined the cast of Fear the Walking Dead portraying Wendell.

In September 2009, Mitchell was profiled on TV One's biographical documentary program Life After, a series that examines the lives of celebrities following a career turning point.

In November 2001, Mitchell was paralyzed from the waist down after a motorcycle crash in South Carolina, in which he lost control of his bike after turning a corner and encountering gravel and loose pavement. He woke up five days later in the hospital. Mitchell got full support from his family and friends, including Denzel Washington and Chris Tucker, to continue his career. He had a recurring role thereafter on the TV program Ed between 2002 and 2004 as a bowling alley manager who was paralyzed after an accident.

Mitchell later started the Daryl Mitchell Foundation to raise awareness of spinal cord injury, and serves as the Minority Outreach spokesman for the Christopher and Dana Reeve Foundation. He has also become a strong advocate for employing actors with disabilities. 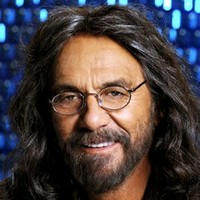