William Daryl Hine (February 24, 1936 – August 20, 2012) was a Canadian poet and translator. A MacArthur Fellow for the class of 1986, Hine was the editor of Poetry from 1968 to 1978. He graduated from McGill University in 1958 and then studied in Europe, as a Canada Council scholar. He earned a PhD. in comparative literature at the University of Chicago (UC) in 1967. During his career, Hine taught at UC, the University of Illinois at Chicago, and Northwestern University.

Hine was born in Burnaby in 1936 and grew up in New Westminster, British Columbia. He was the adopted son of Robert Fraser and Elsie James Hine. He attended McGill University in Montreal 1954-58. His first chapbook, The Carnal and the Crane, was published as part of Louis Dudek's McGill Poetry Series in 1957.

Hine then went to Europe on a Canada Council scholarship, where he lived for the next three years. He moved to New York in 1962 and to Chicago in 1963, taking a PhD in Comparative Literature at the University of Chicago in 1967. He taught there and at Northwestern University and at University of Illinois (Chicago campus) during the following decades, while he served as an editor. Editor of Poetry magazine, from 1968 to 1978, his correspondence from that time is held at Indiana University. He was awarded a MacArthur Fellowship in 1986.

Hine's work appeared in the New York Review of Books, Harper's, The New Yorker, The Tamarack Review, The Paris Review.

The poet first came out as gay in his 1975 work In & Out, which was initially available only in a privately printed version in limited circulation. The work did not gain general publication until 1989.

Following the death of his partner of more than 30 years, the philosopher Samuel Todes, Hine lived in semi-retirement in Evanston, Illinois. Hine died of complications of a blood disorder on August 20, 2012 at the age of 76. 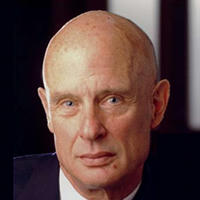