In 2017, Braithwaite was inducted into the ARIA Hall of Fame.

Daryl Braithwaite and his twin brother, Glenn, were born on 11 January 1949 and raised in a working class family in Melbourne. His father, a plumber, worked on the Snowy Mountains Scheme in the mid-1950s. Braithwaite attended Punt Road Primary School in South Yarra, then Christ Church Grammar, where the twins sang in the school choir. He later said, "I will always recall the horror of my first solo in the choir singing 'Once in Royal David's City' when the choir master, Leonard Fullard, gave me a note and then suddenly I was on my own. It was terrifying."

In 1961 Braithwaite was in the same class as Olivia Newton-John. In 1963 his family moved to the Sydney beach-side suburb of Coogee where he attended Randwick Boys High School until the end of year 10. He then began a fitter and turner apprenticeship, set up by his father, which he completed in 1969, but decided that this was not the career path for him and left home to pursue a musical career instead. As a teenager he sang in various local pop music groups, first with Bright Lights, in 1967, which included Bruce Worrall on bass guitar. Braithwaite and Worrall were both in House of Bricks and then Samael Lilith.

In March 1970, at the age of 21, he joined Sherbet, a pop band that had already released a single, "Crimson Ships". That group had formed in April 1969 with the line up of Dennis Laughlin on lead vocals (ex-Sebastian Hardie Blues Band, Clapham Junction), Doug Rea on bass guitar (Downtown Roll Band), Sammy See on organ, guitar and vocals (Clapham Junction), Clive Shakespeare on lead guitar and vocals (Downtown Roll Band) and Danny Taylor on drums (Downtown Roll Band). They secured a residency at Jonathon's Disco, playing seven hours a night, four days a week for eight months. Braithwaite was hired as the group's second lead vocalist, but within a few months Laughlin left, and former bandmate, Worrall replaced Rea on bass guitar.

Sherbet's second single, "Can You Feel It Baby" (September 1971), featured Braithwaite's gritty-but-polished lead vocals, and became the group's first national Top 40 hit, on the Go-Set singles chart. According to Australian musicologist, Ian McFarlane, Sherbet were "one of the country's biggest bands over the next ten years" and Braithwaite rose to national fame as their lead singer. His soul-influenced vocals and the group's pop styling was heard on a series of singles and albums throughout the 1970s: they provided an additional 19 hits on the national charts in that decade.

Braithwaite started a parallel solo career alongside his work in Sherbet. In March 1973 he played the lead role in the Australian musical theatre production of the Who's rock opera, Tommy. In October of the following year, amidst unfounded rumours that he was leaving Sherbet, he issued his debut single, a cover version of "You're My World", which went to No. 1 for three weeks.

His next single, "Cavalry" (August 1975), was co-written with his Sherbet bandmate, Tony Mitchell, which reached No. 13 on the Kent Music Report singles chart. Two more top 20 singles followed, "Old Sid" (April 1976) and "Love Has no Pride"/"Fly Away" (February 1977). His next single was a cover of the Small Faces' "Afterglow (Of Your Love)" in October 1977. An infrequent songwriter, Braithwaite's has largely recorded cover songs. At the TV Week King of Pop Awards he was named King of Pop over the three consecutive years from 1975 to 1977.

Braithwaite's solo recordings from 1974 to 1978 appeared only on 7-inch singles. A compilation album of his singles, Daryl Braithwaite... Best Of, was issued in 1978 on Razzle Records/Festival Records. His debut solo studio album, Out on the Fringe, appeared in the following year, at a time when Sherbet had briefly broken up. He recorded that album in the United States with Steve Kipner and Terry Shaddick producing.

By 1980, the members of Sherbet were back together and had renamed themselves The Sherbs. At this point, Braithwaite put his solo career on hold to concentrate on work with his bandmates. However, The Sherbs had only a very few minor hits and broke up in 1984.

For a period of time after the break-up, Braithwaite played regular gigs, but as of 1987, he had left the music industry and was working as a builder of footpaths for less than 200 Australian dollars a week.

In April 1988, Braithwaite began recording his comeback album Edge. This LP featured a somewhat more adult contemporary sound than Braithwaite's previous work, and spawned four hit singles that returned him to the Australian singles charts after an absence of nearly a decade. Two of these hits, "As the Days Go By" and "All I Do", were penned by Canadian songwriter Ian Thomas; a third, "One Summer", was a Braithwaite original.

Braithwaite went on to have a number of solo hits in the early 1990s, including the Australian No. 1 "The Horses", a cover of a Rickie Lee Jones recording written by Jones and Walter Becker. He also made his first US chart appearance as a solo artist at No. 47 with the 1991 single "Higher Than Hope", a song he co-wrote with Simon Hussey. By the end of 1991, Braithwaite's Rise album had become Australia's biggest selling album of the year, and Edge had become the best-selling album ever released by Sony Music Australia to that time. The album sold over 300,000 copies in Australia.

Braithwaite then worked alongside Jef Scott, Simon Hussey and James Reyne to create the 1992 self-titled album Company of Strangers. Braithwaite sang lead or co-lead vocals on four of the album's tracks, including two Australian top 40 singles: "Motor City (I Get Lost)" (#26, 1992) and "Daddy's Gonna Make You a Star" (#35, 1993).

His comeback success was somewhat derailed by a 1992 lawsuit, in which his former managers sued Braithwaite for back-payment of fees owing. The suit was successful, and Braithwaite essentially had to give up all the revenue he made from Edge and Rise, as well as a portion of the revenue from his next album, 1993's Taste the Salt and after a 1994 'best-of' collection was released, Braithwaite was dropped by his record company. He did not record another album for 12 years.

He was a member of A Current Affair's "Kokoda Challenge" in 1996, where he travelled to Papua New Guinea and did a 100-kilometre, nine-day trek of the Kokoda Trail with other celebrities Angry Anderson, Grant Kenny, Collette Mann and Dermott Brereton to retrace the steps of Australian Diggers to mark the end of World War II, 51 years previously. His own father had served in Papua New Guinea during the war and he wanted to experience something of what he had to endure. He stated that it was the toughest test he had faced, "I was determined to make it, no matter what. But it was really, really hard."

In the interim Braithwaite toured regularly, and in 1997 he returned to the musical theatre stage in the Melbourne production of Chess. As of 1999, he also resumed occasional touring with a reunited Sherbet.

After more than a decade away from the recording studio, Braithwaite featured on the track "The Euphonious Whale" with James Reyne's album, And the Horse You Rode in On. A new studio album titled, Snapshot appeared later in 2005. It included four songs co-written by Braithwaite including "See You Around Sometime" which was written with Mark Seymour and had been previously recorded by Seymour for his album One Eyed Man.

In 2006, Braithwaite sang on two new Sherbs tracks specially recorded for a greatest hits compilation, Super Hits; they were The Sherbs' first new recordings in 22 years. Braithwaite then resumed his solo career with the 2008 release of The Lemon Tree, an album of acoustic reworkings of both solo and Sherbet hits, and a few covers.

In 2013 Braithwaite re-signed by Sony Music Australia. CEO Denis Handlin said in a statement; "Daryl is an icon of the Australian music industry and we are delighted to welcome him home to Sony Music." He released his first album of new material since 2005, titled Forever the Tourist. It featuring the lead single "Not Too Late". The album peaked at number 47.

At the ARIA Music Awards of 2017, Braithwaite was inducted into the ARIA Hall of Fame by Jimmy Barnes. To coincide, Sony Music Australia released a new compilation, Days Go By, which debuted at No. 5.

Since 1987 the ARIA Music Awards have run annual awards.

The contents of this page are sourced from Wikipedia article on 17 May 2020. The contents are available under the CC BY-SA 4.0 license.
View Daryl Braithwaite 's image gallery
Image Gallery 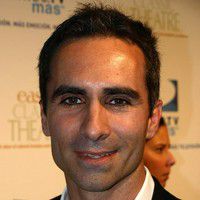 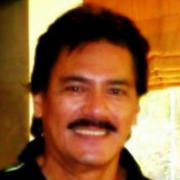 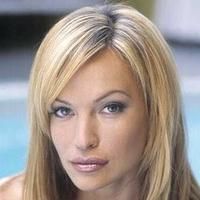 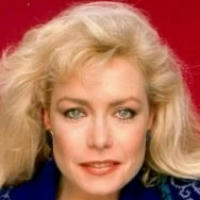 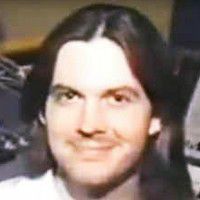