Darren Peetoom (born 23 August 1969 in Rotherham) is a former English professional darts player who competes in the British Darts Organisation events. He has qualified for the 2016 BDO World Darts Championship.

Peetoom qualified for the 1996 World Matchplay, where he lost to Jerry Umberger in the first round. He qualified for the 2016 BDO World Darts Championship through the Hull qualifiers before losing to Kostas Pantelidis 3–2 in the Preliminary round.

The contents of this page are sourced from Wikipedia article on 14 Aug 2020. The contents are available under the CC BY-SA 4.0 license.
View Darren Peetoom 's image gallery
Image Gallery English poet and writer on Ireland 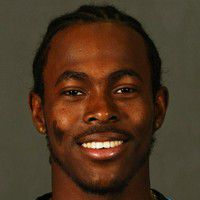 English Governor of Jamaica, army officer and Member of Parliament