King of the Achaemenid Empire

Darius III (c. 380 – July 330 BC), originally named Artashata and called Codomannus by the Greeks, was the last king of the Achaemenid Empire of Persia, from 336 BC to 330 BC. Artashata adopted Darius as a dynastic name.

His empire was unstable, with large portions governed by jealous and unreliable satraps and inhabited by disaffected and rebellious subjects.

Artashata was the son of Arsames, son of Ostanes; and Sisygambis, daughter of Artaxerxes II Mnemon. He had distinguished himself in a combat of champions in a war against the Cadusii and was serving at the time as a royal courier. However, prior to being appointed as a royal courier, he had served as a satrap of Armenia. He may have been promoted from his satrapy to the postal service after the ascension of Arses, for he is referred to as one of the king's "friends" at court after that occasion.

In 336 BC, he took the throne at the age of 43 after the death of Artaxerxes III and Arses. According to Greek historian Diodorus of Sicily, Artashata was installed by the vizier Bagoas, after the latter had poisoned the king Artaxerxes III and subsequently his sons, including Arses, who had succeeded him on the throne. Artashata took the regnal name Darius III, and quickly demonstrated his independence from his possible assassin benefactor. Bagoas then tried to poison Darius as well, when he learned that even Darius couldn't be controlled, but Darius was warned and forced Bagoas to drink the poison himself. The new king found himself in control of an unstable empire, large portions of which were governed by jealous and unreliable satraps and inhabited by disaffected and rebellious subjects, such as Khabash in Egypt. Compared to his ancestors and his fellow heirs who had since perished, Darius had a distinct lack of experience ruling an empire, and a lack of any previous ambition to do so. Darius was a ruler of entirely average stamp, without the striking talents and qualities which the administration of a vast empire required during that period of crisis.

Conflict with the Greeks

In 336 BC Philip II of Macedon was authorized by the League of Corinth as its Hegemon to initiate a sacred war of vengeance against the Persians for desecrating and burning the Athenian temples during the Second Persian War, over a century before. He sent an advance force into Asia Minor under the command of his generals Parmenion and Attalus to liberate the Greeks living under Persian control. After they took the Greek cities of Asia from Troy to the Maiandros river, Philip was assassinated and his campaign was suspended while his heir consolidated his control of Macedonia and the rest of Greece.

In the spring of 334 BC, Philip's heir, Alexander, who had himself been confirmed as Hegemon by the League of Corinth, invaded Asia Minor at the head of an army of Macedonian and other Greek soldiers. This invasion, which marked the beginning of the Wars of Alexander the Great, was followed almost immediately by the victory of Alexander over the Persians at Battle of the Granicus. Darius never showed up for the battle, because there was no reason for him to suppose that Alexander intended to conquer the whole of Asia, and Darius may well have supposed that the satraps of the ‘lower’ satrapies could deal with the crisis, so he instead decided to remain at home in Persepolis and let his satraps handle it. In the previous invasion of Asia Minor by the Spartan king Agesilaus II, the Persians had pinned him in Asia Minor while fomenting rebellion in Greece. Darius attempted to employ the same strategy, with the Spartans rebelling against the Macedonians, but the Spartans were defeated at Megalopolis.

Darius did not actually take the field against Alexander's army until a year and a half after Granicus, at the Battle of Issus in 333 BC. His forces outnumbered Alexander's soldiers by at least a 2 to 1 ratio, but Darius was still outflanked, defeated, and forced to flee. It is told by Arrian that at the Battle of Issus the moment the Persian left went to pieces under Alexander's attack and Darius, in his war-chariot, saw that it was cut off, he incontinently fled – indeed, he led the race for safety. On the way, he left behind his chariot, his bow, and his royal mantle, all of which were later picked up by Alexander. Greek sources such as Diodorus Siculus' Library of History and Justin's Epitoma Historiarum Philippicarum recount that Darius fled out of fear at the Battle of Issus and again two years later at the Battle of Gaugamela despite commanding a larger force in a defensive position each time. At the Battle of Issus, Darius III even caught Alexander by surprise and failed to defeat Alexander's forces. Darius fled so far so fast that Alexander was able to capture Darius’ headquarters and take Darius’ family as prisoners in the process. Darius petitioned to Alexander through letters several times to get his family back, but Alexander refused to do so unless Darius would acknowledge him as the new emperor of Persia.

Circumstances were more in Darius’ favor at the Battle of Gaugamela in 331 BC. He had a good number of troops who had been organized on the battlefield properly, he had the support of the armies of several of his satraps, and the ground on the battlefield was almost perfectly even, so as not to impede movement of his scythed chariots. Despite all these beneficial factors, he still fled the battle before any victor had been decided and deserted his experienced commanders as well as one of the largest armies ever assembled. Another source accounts that when Darius perceived the fierce attack of Alexander, as at Issus he turned his chariot around, and was the first to flee, once again abandoning all of his soldiers and his property to be taken by Alexander. Many Persian soldiers lost their lives that day, so many in fact that after the battle the casualties of the enemy ensured that Darius would never again raise an imperial army. Darius then fled to Ecbatana and attempted to raise a third army, while Alexander took possession of Babylon, Susa, and the Persian capital at Persepolis. Darius reportedly offered all of his empire west of the Euphrates River to Alexander in exchange for peace several times, each time denied by Alexander against the advice of his senior commanders. Alexander could have declared victory after the capture of Persepolis, but he instead decided to pursue Darius.

The Battle of Gaugamela, in which Alexander the Great defeated Darius III of Persia in 331 BC, took place approximately 100 kilometres (62 mi) west of Erbil, Iraq. After the battle, Darius managed to flee to the city. However, somewhat inaccurately, the confrontation is sometimes known as the "Battle of Arbela."

Darius did attempt to restore his once great army after his defeat at the hands of Alexander, but he failed to raise a force comparable to that which had fought at Gaugamela, partly because the defeat had undermined his authority, and also because Alexander's liberal policy, for instance in Babylonia and in Persis, offered an acceptable alternative to Persian policies.

When at Ecbatana, Darius learned of Alexander's approaching army, he decided to retreat to Bactria where he could better use his cavalry and mercenary forces on the more even ground of the plains of Asia. He led his army through the Caspian Gates, the main road through the mountains that would work to slow a following army. Persian forces became increasingly demoralized with the constant threat of a surprise attack from Alexander, leading to many desertions and eventually a coup led by Bessus, a satrap, and Nabarzanes, who managed all audiences with the King and was in charge of the palace guard. The two men suggested to Darius that the army regroup under Bessus and that power would be transferred back to the King once Alexander was defeated. Darius obviously did not accept this plan and his conspirators became more anxious to remove him for his successive failures against Alexander and his forces. Patron, a Greek mercenary, encouraged Darius to accept a bodyguard of Greek mercenaries rather than his usual Persian guard to protect him from Bessus and Nabarzanes, but the King could not accept for political reasons and grew accustomed to his fate. Bessus and Nabarzanes eventually bound Darius and threw him in an ox-cart while they ordered the Persian forces to continue on. According to Curtius' History of Alexander, at this point Alexander and a small, mobile force arrived and threw the Persians into a panic, leading Bessus and two other conspirators, Satibarzanes and Barsaentes, to wound the king with their javelins and leave him to die.

A Macedonian soldier found Darius either dead or dying in the wagon shortly thereafter—a disappointment to Alexander, who wanted to capture Darius alive. Alexander saw Darius’ dead body in the wagon, and took the signet ring off the dead king's finger. Afterwards he sent Darius's body back to Persepolis, gave him a magnificent funeral and ordered that he be buried, like all his royal predecessors, in the royal tombs. Darius's tomb has not yet been discovered. Alexander eventually married Darius' daughter Stateira at Susa in 324 BC.

With the old king defeated and given a proper burial, Alexander's rulership of Persia became official. This led to Darius being regarded by some historians as cowardly and inefficient, as under his rulership, the entirety of the Persian Empire fell to a foreign invader. After killing Darius, Bessus took the regal name Artaxerxes V and began calling himself the King of Asia. He was subsequently captured by Alexander, tortured, and executed. Another of Darius' generals ingratiated himself to Alexander by giving the conqueror Darius' favored companion, Bagoas.

The contents of this page are sourced from Wikipedia article on 11 Mar 2020. The contents are available under the CC BY-SA 4.0 license.
View Darius III 's image gallery
Image Gallery 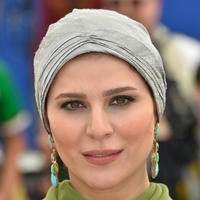 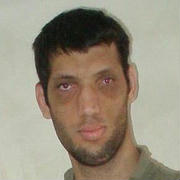 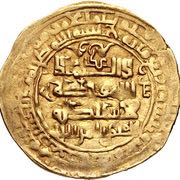 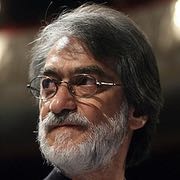