Gavrilova has won one WTA doubles title, and has additionally won four singles and two doubles title on the ITF tour in her career. On 1 February 2016, she reached her best singles ranking of world number 33. On September 21, 2015, she peaked at world number 154 in the doubles rankings.

Gavrilova was an accomplished junior player, having won the 2010 Youth Olympic Games and 2010 US Open, also reaching a combined career-high junior ranking of world number 1 in August 2010.

Throughout her short career, Gavrilova has achieved victories against former Grand Slam champions Maria Sharapova, Ana Ivanovic, Angelique Kerber (her first victory over a reigning world number 1), and Petra Kvitová (twice). More impressively, all of these players were ranked in the top 10 at the time.

She was being coached by former tennis player Nicole Pratt in 2016. Gavrilova was chosen to represent Russia at the inaugural Youth Olympic Games held in Singapore. Despite entering the draw unseeded, Gavrilova progressed to the gold medal match, beating Stefanie Tan, top seed Elina Svitolina, Tang Haochen and seventh seed Jana Čepelová. In the final, Gavrilova went a set down against Zheng Saisai of China, but rallied to win the Gold medal, 2–6, 6–2, 6–0. Following her win, Gavrilova became the top ranked junior player by the ITF.

In September, Gavrilova competed in the junior event at the US Open as the top seed. She progressed through the draw with wins over Lauren Davis, Caroline Price, Tang Haochen, Robin Anderson and Sloane Stephens to set up an all-Russian final with Yulia Putintseva, emerging with a 6–2, 6–3 victory. In addition, Gavrilova competed in the doubles event with fellow Russian Irina Khromacheva, progressing to the semi-final, before losing to eventual champions Tímea Babos and Sloane Stephens.

Following her success in junior tennis, Gavrilova was awarded a wildcard into the main draw of the WTA event in her hometown of Moscow. She faced Ukraine's Alona Bondarenko and lost her WTA debut 7–5, 6–1. She ended the year as the No. 1 junior player, and at No. 515 on the WTA tour.

Gavrilova suffered disappointment in her attempts to become the first junior player since Anastasia Pavlyuchenkova to win two junior Grand Slam titles, with first round defeats at the Australian Open and Wimbledon events, a quarter-final defeat to eventual champion Ons Jabeur at the French Open and a second round defeat to American Victoria Duval in her defence of her US Open title. As the reigning junior champion, Gavrilova was awarded a wildcard into the qualifying draw for the main event, but lost her first match against Kurumi Nara.

Beginning to compete in more professional events on the ITF tour, Gavrilova lost her first final in the $25k event in Moscow to Lyudmyla Kichenok, but later in the year, claimed her first professional title at the $10k event in Antalya, beating fellow Russian Ksenia Lykina in the final. Gavrilova ended the year ranked No. 383 on the WTA tour.

In April, Gavrilova won her first professional doubles title, claiming the title at a $25k event in Chiasso, Switzerland, along with partner Irina Khromacheva. The pair continued their partnership at the junior event at the French Open and claimed the title over Montserrat González and Beatriz Haddad Maia.

In June, Gavrilova qualified for the main draw at a WTA event for the first time at the 2012 UNICEF Open in the Netherlands, beating higher ranked players Anastasia Rodionova and Yuliya Beygelzimer to progress to the first round. Gavrilova then earned her career best win, thrashing world No. 35 Yanina Wickmayer 6–1, 6–2 to set up a second round tie with fellow qualifier Kirsten Flipkens. Gavrilova lost a close match 7–5, 7–6.

Gavrilova began her season by playing in the qualifying draw in Brisbane. She upset Mariana Duque-Mariño in the first round, before losing to Vania King. At the Australian Open, Gavrilova earned a place in the qualifying draw based on her ranking for the first time. In the first round, she beat Stephanie Vogt 6–3, 6–4, before upsetting 24th seed Eugenie Bouchard 7–6, 7–6. In the final round of qualification, Gavrilova beat Zhou Yimiao 4–6, 6–4, 7–5, to earn a spot in the main draw of a Grand Slam tournament for the first time in her career. In the first round, she faced American Lauren Davis and won in three sets. Gavrilova's maiden slam run came to an end in the second round against fellow qualifier Lesia Tsurenko, losing 7–5, 6–3.

In February, Gavrilova competed at the Qatar Total Open, a Premier Five level event. In the qualifying draw, Gavrilova defeated Kristina Barrois, before losing to Tadeja Majerič. However, following the withdrawal of Maria Kirilenko, Gavrilova returned to the draw as a lucky loser, and beat Anabel Medina Garrigues 4–6, 6–3, 6–3 in the first round. In the second round, Gavrilova played her first match against a top ten player in world number two Serena Williams and lost in straight sets. Gavrilova underwent a knee reconstruction in October and finished 2013 ranked #144.

Gavrilova resumed to play in July on the ITF circuit ranked #368. At the $50k event in Sacramento, California, her first event of the year, Gavrilova claimed the doubles title alongside Storm Sanders, her highest level win to date. In August, it was announced that Gavrilova would play at the US Open representing Australia. She made the second round of qualification rounds, beating Tadeja Majerič but falling to Chan Yung-Jan. In September, Gavrilova qualified for the Pan Pacific Open. She reached the second round, where she was beaten by Carla Suárez Navarro. In early October, Gavrilova claimed the second singles title of her career, defeating Sabina Sharipova in straight sets to win the $25k event at Bangkok. She also reached the final of the doubles competition at the event with her partner Irina Khromacheva, but lost in straight sets.

In December, Gavrilova competed at the internal wildcard playoff for the 2015 Australian Open. She advanced to the final by beating top seed Olivia Rogowska in the semi-final, before beating Arina Rodionova in straight sets to guarantee herself a place in the main draw of the first major of 2015.

Gavrilova commenced 2015 by competing in the 2015 Brisbane International. She qualified and defeated Alison Riske but lost to world no. 9 Angelique Kerber 6-3-, 7–5 in the second round. In Sydney, Gavrilova received a wildcard and beat Belinda Bencic, before falling again to Kerber in three sets. At the 2015 Australian Open, Gavrilova lost in the first round to Kiki Bertens. In February, Gavrilova won the $50,000 tournament in Burnie, Australia, defeating top seed Irina Falconi in the final. It was her biggest title win to date. The following week, she competed at the $50,000 tournament in Launceston, and advanced to the semifinals in straight sets. There, she beat Falconi in three sets. Later that evening, she played the final against Tereza Mrdeža and won the title with a 6–1, 6–2 victory, her second $50,000 title in two weeks.

In the 2015 Miami open, Gavrilova beat second seed Maria Sharapova in the second round, claiming her first victory over a top-ten player. She subsequently defeated Kurumi Nara in her next match before losing to Karolína Plíšková in the fourth round. Gavrilova then played at the $100,000 in Cagnes-sur-Mer as the third seed. She lost in the Quarterfinals to Pauline Parmentier. Her next tournament was the Premier 5 2015 Internazionali BNL d'Italia – Women's Singles where she qualified after defeating higher ranked players Kurumi Nara and Sílvia Soler Espinosa. She then defeated world number 33 Belinda Bencic in three sets in the first round. Following this performance, Gavrilova played world number 7 Ana Ivanovic. She lost the first set in a tiebreaker but then led 4–0 in the second set. Ivanovic rallied back to take the second set to a tiebreak but Gavrilova won it 7–2. Gavrilova defeated Ivanovic in the third set tiebreak on her 8th match point. This was Gavrilova's second top 10 win in a matter of months. She would then progress to the semifinals, losing there in straight sets to Maria Sharapova. It was Gavrilova's first semifinal on the WTA Tour.

Gavrilova began her season playing at the 2016 Hopman Cup in the Australia Green team, alongside Nick Kyrgios. In the round robin stage of the tournament, her only singles win was over Sabine Lisicki, however she and Kyrgios were undefeated in the mixed doubles stage of each tie. In their tie against France, Gavrilova saved a match point in the mixed doubles event when Australia was down 8-9 in the match tiebreak. They went on to win the match 6-4 2-6 11-9, securing their place in the final. Gavrilova and Kyrgios were the eventual champions of the tournament, defeating the Ukrainian team of Elina Svitolina and Alexandr Dolgopolov in both singles matches. This was only the second time that the Australian team has won the Hopman Cup, the first time being in 1999.

In the 2016 Australian Open she had wins against Lucie Hradecká, sixth seed Petra Kvitová, twenty eighth seed Kristina Mladenovic which the third set went to 11-9, but then lost in the fourth round to tenth seed Carla Suárez Navarro 0-6 6-3 6-2. In April, Gavrilova made the quarter-final of Madrid and the third round of Rome. At the French Open, Gavrilova lost to Mariana Duque-Mariño in round 1 and made the second round of Wimbledon. At the Olympic Games in Rio de Janeiro, Gavrilova drew world number one Serena Williams and lost in round 1. At the US Open, Gavrilova lost to Lucie Šafářová in round 1.

In October, Gavrilova reached the quarter final in China, semi-final in Hong Kong and a week later, her first WTA Premier final in Moscow, in both doubles and singles.

Gavrilova is currently dating Australian tennis player Luke Saville, who was an influencing factor for her becoming an Australian citizen.

Current through the 2017 Australian Open.

Current through the 2017 Australian Open. 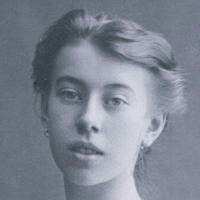