Potter started his career as a trainee at Premiership club Chelsea but after failing to make the grade there dropped into lower league football with short spells at Chelmsford City, Weymouth and Exeter City. He came to prominence when he joined Canvey Island in March 2003 along with Lee Boylan and Wayne Purser who were with him at Canvey Island, with whom he gained promotion to the Conference, and on a number of occasions proved to be a key player for them with his solid goalkeeping skills. After Canvey dropped out of the Conference, he was signed by Stevenage Borough by new manager Mark Stimson and promptly impressed in pre-season.

Potter playing for Cambridge United in 2008

As the 2006–07 season began, Potter was first choice, with previous first choice Alan Julian struggling with injury and Potter remained first choice until he was sent off against Crawley Town. After the Crawley game, Potter only played in one more game for the first team, a 2–1 defeat to Burton Albion.

Potter left to join Cambridge United on 22 May 2007. In his first two seasons with Cambridge, Potter helped steer the side towards successive playoff finals, although he was to miss out on the latter through a knee injury. Following the conclusion of the 2009–10 season, Potter was one of nine players released by manager Martin Ling. He joined League Two side Torquay United on 1 July.

On 29 May 2011 he joined Conference National side Newport County, the day after being non-playing substitute for Torquay when they lost 1–0 in the 2011 Football League Two play-off Final to Stevenage, at Old Trafford, Manchester. Potter was released by Newport County in March 2012.

On 12 March 2012, it was announced Potter had signed for Conference South side Staines Town. Three months later, Potter signed for league rivals Eastbourne Borough. He left Eastbourne by mutual consent after playing seven games, due to changes in his personal life which made it difficult for him to continue playing for the club.

After leaving Eastbourne Potter joined Leiston in the Isthmian League. Potter rejoined Eastbourne later in the same season. He retired from football after finishing the 2012–13 season at Eastbourne.

After three years in retirement on 15 October 2016, Potter played in goal for Leiston Town in a 2–1 defeat away to Westfields.

In 2002, Potter appeared in Sky One's Dream Team, playing as himself, for fictional club Harchester United. 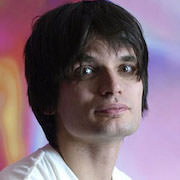 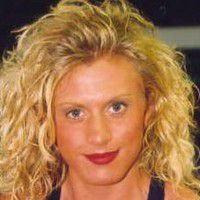