Danniella Westbrook (born 5 November 1973) is an English actress and reality television personality. She played Samantha Mitchell in the BBC soap opera EastEnders in 1990–1993, 1995–1996, 1999–2000, 2009–2010 and 2016. Away from EastEnders she has presented various shows, and was also a contestant on the ITV show I'm a Celebrity...Get Me Out of Here! in 2003. She competed in the 2010 series of Dancing on Ice with US Pairs Skater Matthew Gonzalez and finished fourth in the competition. In 2013, she appeared in Hollyoaks as Trudy Ryan. In 2016, she took part in the seventeenth series of Celebrity Big Brother where she reached the final and finished in fifth place. On 27 February 2016, it was confirmed that Westbrook would return to EastEnders, very briefly with onscreen brother Grant, for the death of their onscreen mother Peggy Mitchell (Barbara Windsor).
Westbrook underwent a much publicised cocaine addiction throughout the 1990s and early 2000s, which caused the complete erosion of her nasal septum. She sought treatment and no longer uses drugs. She was previously married and has two children. She has released two volumes of autobiography, The Other Side of Nowhere, in 2006 and Faith, Hope and Clarity in 2013.

Westbrook was born in Walthamstow, London, but grew up in Loughton, Essex. Her father Andy was a cab driver, and later a carpet contractor, while her mother, Sue, was a shop assistant. Her parents were also successful property developers. Westbrook has two brothers, the elder, Justin—her father's son from a prior marriage and a younger brother Jay. She has commented "I came from a very loving family – you know, 2.4 children with a Volvo".

As a child, she had a keen interest in horse riding, but she has said that she has always had aspirations to be famous. She started off modelling at the age of seven and then progressed to acting. She joined the Sylvia Young Theatre School when she was eight, attending Saturday classes. Throughout the early stages of her career, Westbrook attended a local state primary school, but she was bullied because of her television appearances, and after one bully cut off her hair, Westbrook's parents removed her from the school. She was sent to a local private school, until, at the age of 12, her parents allowed her to attend Sylvia Young Theatre School as a full-time student, where Denise Van Outen, Dani Behr and her future EastEnders co-star, Nicola Stapleton, were among her contemporaries.

Westbrook started off modelling at the age of seven for the supermarket Asda. She went on to launch Next's children's fashionware, became the face of highstreet store "Tammy Girl", took part in a Weetabix campaign and featured in advertisements for Opel cars and Coca Cola. Later she did modelling alongside her younger brother Jay. She progressed into acting, appearing as a child thief in Melvyn Bragg's London Programme and the West End production of Joseph and the Amazing Technicolor Dreamcoat. She appeared in a video for the song The Invisible Man by Queen and had a minor role in Grange Hill. At the age of eleven she appeared as an extra in BBC soap opera EastEnders, roller skating across the soap's setting of Albert Square. At the time her local paper published her picture with the punchline "who knows, one day she may be the show's star!".

At the age of 16, Westbrook was put forward for a much bigger role in EastEnders, Sam Mitchell (the younger sister of Phil and Grant). Her audition was successful and her first appearance on EastEnders was aired in July 1990. Despite featuring in some prominent storylines, Westbrook decided to leave the soap in 1993 to take another role. In 1995, the producers at EastEnders asked her back to the soap a second time. However, Westbrook was regularly using cocaine and it began to affect her work. Due to her off-screen antics and her poor and tardy attendance on set, the producers of EastEnders terminated her contract and she was written out of the soap again in 1996.

In 1999, EastEnders' producers decided to reintroduce the character of Sam Mitchell. Although they initially considered recasting the role to another actress, and despite all her past problems, they decided to give Danniella another chance and she was asked back for a third time. During her time away, Danniella's excessive use of cocaine had completely eroded away her nasal septum. To hide this from the audience, Danniella was only filmed in ways that would keep her septum hidden from view. However, Danniella's drug taking continued and in 2000, she was asked to leave EastEnders again. In 2001, the character of Sam Mitchell was reintroduced again, but due to Danniella's continuing problems, producers decided to recast. Kim Medcalf became the second actress to play Sam Mitchell, appearing from 29 January 2002 until 17 November 2005.

In April 2009, the media confirmed that EastEnders bosses were reintroducing the character of Sam Mitchell, and that Danniella Westbrook would be reprising the role, not Kim Medcalf. Producers reportedly opted for Westbrook to return over Medcalf because of her established on-screen chemistry with actors Sid Owen (who played Sam's former husband Ricky Butcher in the 1990s) and Patsy Palmer (who played Ricky's second wife Bianca Jackson). Westbrook returned to screens in September 2009 for two temporary stints, departing once again on 21 September 2010. Westbrook reprised her role as Sam for four episodes airing between 30 June and 8 July 2016.

A week after her initial exit from EastEnders, in 1993, Westbrook landed the part of Dawn in the ITV show Frank Stubbs Promotes, which had a second series in 1994. She also played a part in Dave Stewart's short film directorial debut, Entertaining Mr. Simpson. The film was shown at various film festivals around the world, including Cannes.

In 2003, Westbrook was a contestant in the second series of British ITV reality television show I'm a Celebrity...Get Me Out of Here!. Despite being a popular candidate for winning, she found the environment traumatic, saying that she missed her children and wasn't psychologically prepared for the hardship of the jungle life. She quit the show before being voted off.

In 2006, Westbrook appeared on a reality TV special of The Weakest Link where she lost in the head-to-head final round. Still, she won £5,025 after Martin Offiah decided to split the winnings, which were donated to charity.

Westbrook was reportedly offered the role of Natalie Buxton in the ITV prison series Bad Girls, but she declined because of her nose rebuilding operation. Dannielle Brent went on to play Natalie Buxton. Westbrook also turned down a small role in Footballers Wives and the role of money grabber Suzie Samson in ITV soap opera Crossroads. Emma Noble went on to portray Suzie Samson.

Westbrook who has openly had several breast enhancements—co-presented Cosmetic Surgery Live alongside Vanessa Feltz. Danniella has also presented and starred in a series of fitness DVDs. She has appeared in the reality series I'm Famous and Frightened! and Most Haunted, as well as the television comedy sketch show Bo' Selecta. In addition, she presented Derek Acorah's Ghost Towns with Derek Acorah on LIVINGtv.

Westbrook has featured in several documentaries, including an interview with British journalist Martin Bashir for the Tonight with Trevor McDonald show and Danniella Westbrook: My Nose and Me for Channel 4. In April 2006, Danniella released an autobiography entitled The Other Side of Nowhere, which gives a depiction of her struggles with cocaine.

Danniella competed in the fifth series of Dancing on Ice and was partnered by newcomer professional Matthew Gonzalez in 2010. She was eliminated from the show in the semi-finals, placing fourth overall. She appeared in Channel 4 teen soap opera Hollyoaks in between 2012 and 2013 as an instalment of a storyline, which saw Westbrook's character Trudy Ryan hire Jacqui McQueen (Claire Cooper) and Theresa McQueen (Jorgie Porter). In 2014, she appeared in the Vigilante Film 'Mob Handed'. She was due to reprise her role as Trudy on Hollyoaks in 2015, however this was cancelled with a representative from Hollyoaks claiming that she "breached her contract".

Westbrook's struggle with cocaine addiction has been widely documented in the British press and media. She has confessed that she first tried the drug at the age of 14, in a nightclub. After winning her role in EastEnders at the age of 16, Westbrook was a regular on the London club scene, and her cocaine usage escalated. She has commented "I was always in clubs and everyone was doing coke and it was glamorous – except obviously, it wasn't at all. I was just very young, very stupid and very easily led...I think there should be someone at EastEnders to say to young people when they come in, 'Look, your life is about to change, you're going to be invited to things, and you'll be offered drugs.' Someone who can tell them what sort of people are about, and what sort of papers, and how quickly what you've worked for all those years can be gone." It is estimated that she has spent over £250,000 on drugs, used 5 g of cocaine every single day throughout her first pregnancy, and has admitted that during her lowest ebb she attempted suicide several times.

In May 2000, Westbrook was photographed at the British Soap Awards, where an image of her missing septum was given to a series of tabloid newspapers, unveiling her secret and highlighting her excessive drug abuse. Westbrook was checked into rehab and, six months later, she appeared on the Channel 4 show The Priory with the claim that she was clean and had been free from drugs for months. However, hosts Jamie Theakston and Zoë Ball struggled to get coherent answers from Westbrook, who was under the influence of drugs despite her claims of abstinence. Reflecting back on the event in 2002, Westbrook commented "I said I was clean, but it was obvious I wasn't. I looked about 50, and my voice was shaky. I should never have been allowed on. They wanted to laugh at me, rip me apart. I despise that sort of thing, but it did me the world of good because watching it I realised, 'I'm so ill.' When it came to the crunch I thought, 'Hang on. I don't want to die.'" She re-entered rehab to kick her drug habit, which she has now successfully done. Westbrook has since undergone reconstructive surgery on her nose to replace her eroded septum.

In 2013, Westbrook revealed in an interview that she had been kidnapped and gang raped by drug dealers during the period she was addicted.

In 1998 Westbrook was involved in a car accident which left her with severe facial injuries, including a dislocated eye. She was flung through the car windscreen but survived, and after corrective surgery she sustained no long-term or major disfigurement. Fernandez was driving the car, and it has been reported that he was travelling at 85 miles per hour (137 km/h), 15 miles per hour (24 km/h) over the legal speed limit in the UK.

After splitting with Fernandez, Westbrook married van driver Ben Morgan in 1998 after knowing him for eight weeks. The couple went to live in Australia but the marriage ended in divorce nine months later.

She married millionaire businessman Kevin Jenkins on 27 December 2001, almost four months after the birth of their daughter Jodie B on 5 September. After appearing on I'm a Celebrity... Get Me Out of Here! in 2003, Westbrook admitted that she no longer wanted to be a 'celebrity', commenting "I made a pact with Kevin I would do no more TV work that would take me away from home. These days, I live an ordinary life. I work occasionally, but I also do the school run and laundry and prepare my family's dinner".

She left the UK in 2010 to live in Orange County, California, with her husband and two children. Since relocating to California, Westbrook has become a born again Christian. In late 2011, Westbrook returned with her children to the UK. 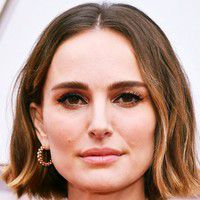