Danilo Medina Sánchez ([d̪aˈnilo ˈsant͡ʃes] : born 10 November 1951) is a Dominican politician and the current President of the Dominican Republic, since 2012.

Medina previously served as Chief of Staff to the President of the Dominican Republic from 1996 to 1999 and from 2004 to 2006, and is a member of the Dominican Liberation Party (PLD). He won the May 2012 Dominican presidential election, defeating Hipolito Mejía with 51% of the votes. In 15 May 2016 Danilo Medina leading a coalition of parties won the 2016 Dominican presidential election, defeating the leader of the opposition and PRM candidate Luis Abinader with 61.8% of the votes, the highest percentage received by a president elected in free elections since 1924 when Horacio Vásquez won the presidency with 69.8% of the ballots—surpassing Juan Bosch's record of 59.5% obtained in 1962, and Leonel Fernández's 57.1% of the votes obtained in 2004.

Medina was born in Arroyo Cano, San Juan Province, in the southwest of the Dominican Republic. He is the oldest of eight brothers born to Juan Pablo Medina de los Santos (1918–2019) and Amelia Sánchez Abreu (1931–2004). Since he was 18 years old he was a student leader, founding the San Juan de la Maguana branch of the Frente Revolucionario Estudiantil Nacionalista at the UASD. When Professor Juan Bosch founded the Partido de la Liberación Dominicana in 1973. Medina joined him. He studied economics at Instituto Tecnológico Santo Domingo (INTEC), and graduated magna cum laude in 1984. He has been a member of the Central Committee of the PLD since 1983. In 1986 election he was elected a deputy in Congress. In 1987, he married psychologist Cándida Montilla and has three daughters, Sibeli, Vanessa and Ana Paula.

In 1990, Medina was elected member of the Political Committee of the Dominican Liberation Party (PLD) together with Leonel Fernández and Juan Temístocles Montás. He was selected by his political organization to be the President of the Chamber of Deputies in the Dominican Republic.

As president of the Chamber of Deputies in the National Congress (1990–94), he was a key figure in congressional negotiations that led to the resolving of the 1994 political impasse. In that year, a close finish between Joaquín Balaguer and José Francisco Peña Gómez brought about a major conflict, as one side accused the other of fraud. The conflict was resolved with a pact that instituted separate presidential and congressional elections, the need for a candidate to receive 50%+1 of the vote to win in a first round, and prohibited presidential re-election. The agreement eventually worked in favor of the PLD, which won the presidential in the 1996 election, with Leonel Fernández defeating José Francisco Peña Gómez in a second round.

Medina is considered the PLD's leading political strategist and negotiator. As such, he was one of the leaders of the presidential campaign of President Fernández. He was appointed Secretary of the Presidency in 1996 and was one of the President's closest aides. In 2000, with Fernández barred from reelection (at the time, Dominican presidents could not immediately succeed themselves), Medina was the presidential candidate of the PLD. He finished a distant second behind opposition candidate Hipólito Mejía of the Dominican Revolutionary Party (PRD), taking only 24.9 percent of the vote to Mejía's 49.87 percent. However, Medina concluded he had no chance of overcoming Mejía's nearly 25-point first-round lead, especially after third-place finisher Balaguer hinted some of his supporters would vote for the PRD in the runoff. Medina would have needed nearly all of Balaguer's supporters in order to overcome his massive first-round deficit. Realizing that he would be lucky to get half of them in the runoff, Medina conceded the presidency to Mejía. In his concession speech, Medina said that a runoff would not be in the country's best interest.

After running a campaign under the slogans "Ahora Es" and "Lo Mejor Para Todos" ("Now Is the Time" and "The Best for Everybody") Medina was eventually defeated by President Fernández in the 6 May 2007 PLD internal election to choose the party's candidate for the 2008 presidential election. Since its foundation the PLD had maintained an implicit non re-election policy, but President Fernández changed that allowing him to campaign against Medina from the Presidential Palace and opt for a second consecutive term in power (his third).

In the internal PLD vote Medina obtained 28.45% of the votes against President Fernández' 71.55%. Minor irregularities were confirmed during the election process. In the evening of 6 May 2007, Medina made a brief public appearance saying he had been "beaten by the state" (in reference to the fact that government resources had been used to suppress his candidacy and to promote that of Fernández).

Subsequently Medina and his supporters maintained a low profile. During this period he was considered the most likely contender for the PLD candidacy in the 2012 Dominican presidential election.

Medina ran for and was elected President of the Dominican Republic in the 2012 Dominican presidential election, that ended on the morning of 21 May, with 51.24% of the votes. While running for office Medina’s thesis was criticized for suspected plagiarism by Génove Gneco, the professor coordinating the Office against plagiarism in the thesis, of the Universidad Autónoma de Santo Domingo. Gneco also investigated the thesis of senator Félix Bautista and Minister of Economic Affairs Juan Temístocles Montás. He was later removed from his position for overstepping his limits and not being able to prove his claims. Medina vowed to fight corruption, create jobs and invest in education in the Caribbean nation.

According to genealogist Sinecio Ramírez Suazo, Danilo Medina is allegedly descended from Francisco del Rosario Sánchez, founding father of the Dominican Republic. If true, Medina would be the first Dominican President descended from one of the Founding Fathers; however, genealogist Edwin Espinal argues that Medina's great-great-great-grandfather Dionisio Sánchez Herrera could not be the son of Juan Francisco Sánchez de Peña (Francisco del Rosario Sánchez's son) since Sánchez Herrera was born in 1840 and Sánchez de Peña in 1852.

The contents of this page are sourced from Wikipedia article on 08 Mar 2020. The contents are available under the CC BY-SA 4.0 license.
View Danilo Medina 's image gallery
Image Gallery 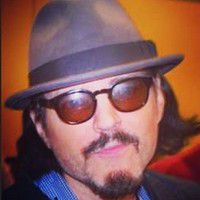 American cartoonist and "Comic Riffs" columnist for The Washington Post 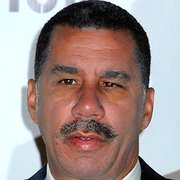 American farmer and politician from Vermont 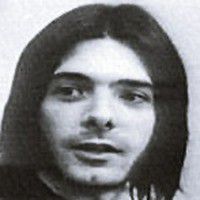