Danijel Mileta (born 12 January 1975) is a Croatian politician and electrical engineer serving as a deputy mayor of Šibenik since 2013.

Danijel Mileta was born on January 12, 1975 in Šibenik where he finished elementary school and naturalistic mathematical gymnasium. He graduated from the Faculty of Electrical Engineering and Computing in Zagreb where he completed his postgraduate scientific studies and gained the professional title of Master of Science. In 2002 he enrolled in postgraduate scientific studies of business economics from organization and management at the Faculty of Economics in Zagreb, where he passed all the exams in a regular manner.

His rich business experience began in 2000 in Croatian Telecommunications d.d. as a telecommunications and mobile network specialist and then as an associate for a network strategy and business plan. Since 2003 he has worked in Končar as the manager of the organizational unit that produces the first Croatian laptops, and from 2005 to 2009 he has been working as the director of the "Gradski parking d.o.o." (City Parking) in Šibenik where he became the double winner of the Employer's HR Excellence Partner (2008 and 2009) and the awards like Winner of the Year, Award in the category of public enterprises awarded by CROMA - Croatian Association of Managers and Entrepreneurs (2008), and the Business Journal Lider has been among the top 250 young managers (2009).

The state secretary of the Ministry of the Sea, Transport and Infrastructure is in charge of the period from 2010 to 2011, where he was also a member of the Council for Information Technology of the State Administration and member of the Board of the Republic of Croatia for Stabilization and Association. Since 2012, the Development Agency of the Šibenik-Knin County has been in the position of senior consultant for the area of energy efficiency and renewable energy sources.

He married Marijana Mileta, former Yugoslav carate champion, with whom he has four children: Lucija, Toma and twins Mare and Antea. Also, he played basketball in school days.

The contents of this page are sourced from Wikipedia article on 22 Feb 2020. The contents are available under the CC BY-SA 4.0 license.
comments so far.
Comments
Reference sources
References
http://www.sibenik.hr/m/ustrojstvo/zamjenik-gradonacelnika-danijel-mileta
https://sibenski.slobodnadalmacija.hr/vijesti/sibenik/clanak/id/574013/hoce-li-danijel-mileta-zamijeniti-gorana-pauka-na-mjestu-zupana-ili-zeljka-burica-u-fotelji-sibenskog-gradonacelnika-on-na-to-pitanje-odgovara-za-dobrim-se-konjem-prasina-dize
Trending today
All Film/TV Music Politics Sports Business Science Academia 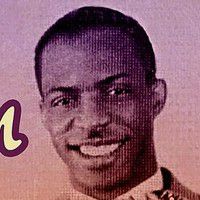 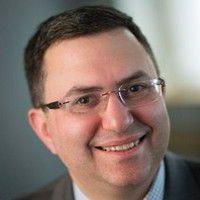 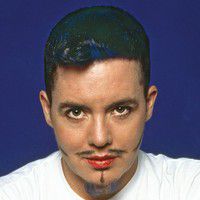