Danielle Ferland (born January 31, 1971) is an American actress and singer, best known for originating the role of Little Red Ridinghood in Stephen Sondheim's Into the Woods on Broadway.

She made her Broadway debut at age 13 as Louise in Stephen Sondheim's Sunday in the Park with George (1984). She next appeared off-Broadway in Paradise! (1985). In 1987 she was the singing child star in Woody Allen's Radio Days. She returned to Broadway, originating the role of Little Red Ridinghood in the 1987 musical Into the Woods. For her performance in Into the Woods she received the 1988 Theatre World Award and also was nominated for the 1988 Drama Desk Award, Outstanding Featured Actress in a Musical.

She teaches Master Classes including in 2009 at the Boston Children's Theatre.

Ferland narrated an audio book version of ''A Mile In My Flip-Flops'' written by Melody Carlson.

In 2011 she directed A Year With Frog and Toad with Boston Children's Theatre.

In 2012 Ferland starred in the Baltimore Center Stage production of Into The Woods as the Baker's Wife.

In 2014 Ferland played the role of Estelle in HBO's drama The Normal Heart.

In 2015 Ferland appeared in Season 1 of the Netflix show Marvel's Jessica Jones.

Ferland was born in Derby, Connecticut. She married Michael Goldstein ca. 2002; they have two sons. 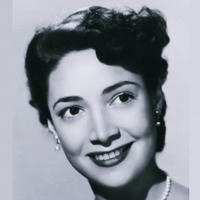