Daniela Eugenia Velasco Maldonado (born 24 August 1995 in Mexico City) is a Mexican athlete.
She is part of the Mexican delegation to the 2016 Summer Paralympics. She was a bronze medalist in the 400 meters test T12 category at the 2012 Summer Paralympics. In Rio 2016 she was close to earning a medal in 1500 but was then disqualified.

As a child she suffered the loss of an eye and led a rehabilitation at the National Institute for Rehabilitation of Blind and Visually Impaired Children of Mexico. Her start in athletics was motivated by Ana Gabriela Guevara, whom she saw compete in the 2004 Summer Olympics, so she sought opportunities for adapted sports at the Mexican Paralympic Center. She is a student of the National Preparatory School in the National Autonomous University of Mexico. Her coach is Fabricio Chamor and guide is Gabriel Urbina.

Velasco won two bronze medals and one silver medal at the 2011 Parapan American Games, in the 100, 200 and 400-meter dash, respectively. At the 2012 Summer Paralympics, she competed in the 400 meter dash in the category T12, with her guide Jose Fuentes, obtaining the bronze medal with a time of 58.51.

In the 2015 Parapan American Games, she won a gold medal in the 800 meters T12 category achieving 2:16.89, which represented an American record. 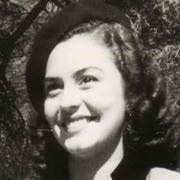 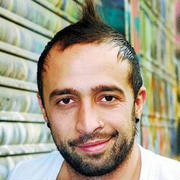