Daniel Simonsen is a Norwegian comic and the 2012 Foster's Edinburgh Comedy Award winner for Best Newcomer.
Simonsen began performing in 2004 in his native country of Norway and moved to London to progress his career in comedy. He has performed at the Edinburgh Festival Fringe since 2009 but 2012 was undoubtedly his most successful year to date. As well as his Best Newcomer Award, his show "Champions" received rave reviews, he supported Simon Amstell on his UK tour in 2012 and 2015 and appeared on Russell Howard's Good News in 2012.
Simonsen has won and been nominated for awards both in Norway and the UK including Chortle Best Newcomer, Best Comedian at Comedy Fight Club and the So You Think You're Funny competition.
Since 2014, he has had a recurring role in Vic and Bob's BBC sitcom House of Fools as Erik. 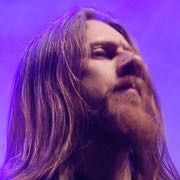