Jan Olof Daniel Richardsson (born 15 March 1982) is a Swedish cross-country skier who has competed since 2002.

In the Vancouver 2010 Winter Olympics, Richardsson skied the first leg for the gold winning Swedish team in the Men's 4 x 10 kilometre relay event.

In the Oslo 2011 World Championships Richardsson skied the first leg for the Swedish silver winning team.

On 14 July 2013, Richardsson and a friend were involved in a traffic accident, after their car had had a punctured tyre. As they stood by the car at the side of the road, they were hit by a recreational vehicle, the driver of which apparently failed to observe them in time. Richardsson suffered ligament injuries and bruises, but his friend was killed.

At the 2014 Winter Olympics Richardsson won bronze at the 15 km classical and helped Sweden win gold in the relay. 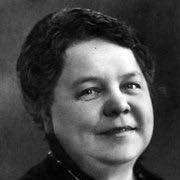