Daniel Alberto Passarella (born 25 May 1953) is an Argentine retired footballer who played as a centre back, and former manager of the Argentina and Uruguay national football teams. He was captain of the Argentina team that won the 1978 World Cup. He was president of the River Plate sports club for 4 years after winning the elections by a very close margin in December 2009.

Considered one of the greatest defenders of all time, Passarella was also a proficient goalscorer; at one point he was football's top scoring defender, with 134 goals in 451 matches, a record subsequently broken by Dutch defender Ronald Koeman. In 2004, Passarella was named one of the 125 Greatest Living Footballers at a FIFA Awards Ceremony. In 2007, The Times placed him at number 36 in their list of the 50 hardest footballers in history. In 2017 he has been included in the FourFourTwo list of the 100 all-time greatest players, at the 56th position.

Passarella was born in Chacabuco, Buenos Aires Province. He started his career at Sarmiento of Junin, Buenos Aires province. From there he joined River Plate, where he became one of the best Argentinian defenders of his period, and started to be chosen in the Argentinian national team.

After his good performances in the world cup, in 1982 he joined Fiorentina of Italy, where he scored the goal record for a defender in one season (11 in 1986) in the Italian Serie A; his record remained until 2001, when he was beaten by Marco Materazzi.

In 1986, he joined Internazionale, where he ended his Italian playing career in 1988. After his successful spell in the Serie A, he returned to River Plate, where he played until his retirement.

He was called "El Gran Capitán" (the Great Captain, nickname of Argentine independence hero José de San Martín),"El Kaiser" (an allusion to Franz Beckenbauer) or "El Caudillo" (the Chief) because of his leadership ability, his passion, and his organisational prowess on the field. He was a defender who often joined the attack, and helped generate and finish offensive plays. He was the top scoring defender, with 134 goals in 451 matches, a record since broken by Dutch defender Ronald Koeman.

His aerial game was effective both defensively and in attack. He scored frequent headers in spite of his average height (1.73 m). He was an excellent free kick and penalty shooter. He was also noted for using his elbows against rivals whilst managing to avoid the referee's gaze. Passarella and Chilean Elías Figueroa are considered the best defenders in the history of South America.

One of the pillars of the Argentine national team, he eventually captained the side during the 1978 World Cup held in Argentina. He was the first Argentine player to hold the World Cup, as it was handed to him first when Argentina won the final. During the qualifying rounds of the 1986 World Cup, Passarella contributed to the goal which ensured Argentina's qualification in the final minutes of their match against Peru by allowing teammate Ricardo Gareca to score.

A bout of enterocolitis meant that he missed the 1986 World Cup in Mexico. He was replaced in the first team by defender José Luis Brown. Passarella had a fractious relationship with captain Diego Maradona and coach Carlos Bilardo during the tournament; he later claimed Bilardo and Maradona made sure that he was sidelined. Even so, by being a part of the squad, he became the only player to feature in both Argentina's World Cup-winning teams.

Prior to his departure from the 1986 squad, it was revealed by Maradona that Passarella, while playing for Fiorentina, would go to Monaco to carry on an affair with the wife of another player, then boast about it in the changing rooms.

After his playing days were over, he became the coach of River Plate, where he won several national titles.

Appointed as coach of the Argentine national team to replace Alfio Basile, Passarella was coach during the qualification games for the 1998 World Cup and during the competition itself, which was held in France. Passarella held to close friend Américo Gallego as assistant coach. Passarella had banned long hair, earrings and homosexuals in his squad, leading to disputes with several players. Fernando Redondo and Claudio Caniggia eventually refused to play for Passarella and were excluded from the squad. Argentina's performances never reached the expected heights, and the team was eliminated in the quarter-finals after a last minute 2–1 defeat to the Netherlands. After the elimination, Passarella left the post and was replaced by Marcelo Bielsa.

Passarella then became coach of Uruguay, but he left the post during the qualifying games for the 2002 FIFA World Cup, after having problems summoning players from Uruguayan sides.

After that episode, Passarella had a brief and unsuccessful period as coach of Parma in Italy in 2001, where he was sacked after five consecutives losing matches.

In 2003, he won the Mexican football league title with the team C.F. Monterrey. In March 2004, he was named by Pelé as one of the top 125 greatest living footballers. He was then hired as coach of Corinthians in Brazil, but was fired after a few months after a spell of bad results.

On 9 January 2006, he was appointed River Plate coach again after 12 years to occupy the vacancy left by Reinaldo Merlo's sudden departure. On 15 November 2007, he resigned as coach after River was beaten by penalties by Arsenal de Sarandí in the semi-finals of the 2007 Copa Sudamericana.

In the summer of 2018, after publicly expressing interest in returning he was widely seen as the frontrunner to become the new manager of CF Monterrey for a second stint after the departure of Antonio Mohamed but the club ultimately decided to appoint Diego Alonso. 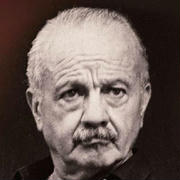 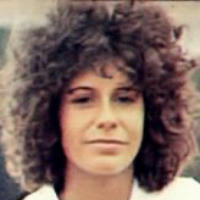